Video of 24 carat gold ice cream is becoming increasingly viral, you also see it is being found in this city 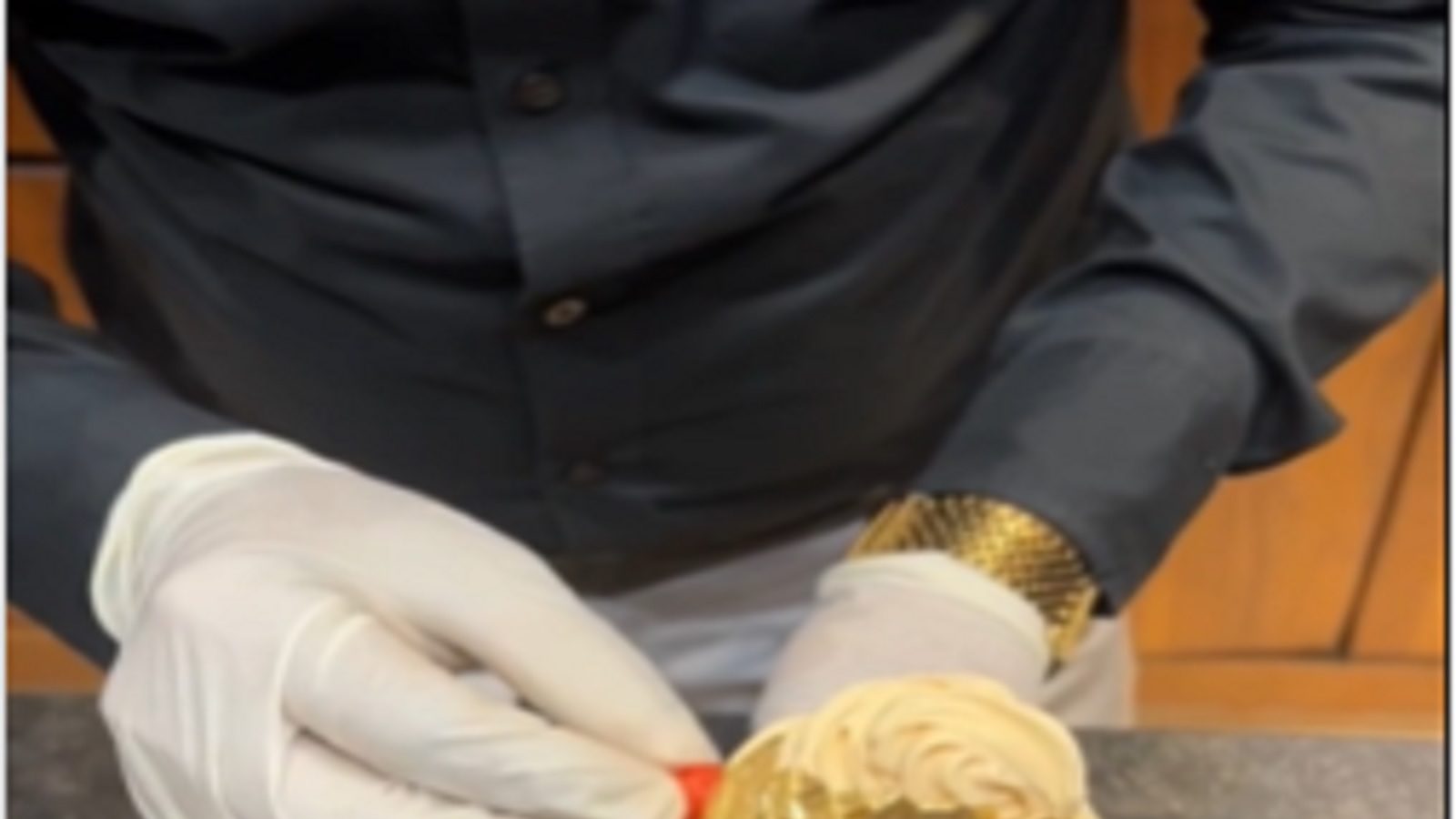 New Delhi. If you love different types of ice creams, then come to Hyderabad. Here you will find such ice cream which you have hardly seen or eaten anywhere in the world till now. Yes, gold ice cream is available here. That too ice cream made of 24 carat gold. Abhinav Jeswani, a food blogger, has posted a video of this ice cream on Instagram. Seeing this video has become increasingly viral. The name of this ice cream has been named Mini Midas which is available in Huber and Holly café in Hyderabad.

gold lining in golden cone
In the video, a man is shown making this gold plated ice cream. In this, the man puts some ice cream in a chocolate cone. After this he places a sheet of gold on it and puts some cherries on it. There is an edible golden ball in it, in which golden cream is given and after that it is covered with gold foil. Abhinav Jeswani has posted this video with his Instagram handle named Just Nagpur Things and has written that this 24K Gold Ice Cream is from a cafe named Huber & Holly in Hyderabad. Till date I have never eaten such ice cream anywhere. You too must try it once.


Price is more than 500
The cost of this ice cream is Rs 500. Apart from this, there is an additional tax on it. This video, which is going viral on social media, has been viewed 40 lakh times while more than 2.5 lakh likes and hundreds of comments have been received. Many people have called it delicious and some have also mentioned that they would like to try this ice cream. At the same time, some other people have also written that the cost of ice cream is high.

Video of 24 carat gold ice cream is becoming increasingly viral, you also see it is being found in this city