UP Chunav: Which party will rule and who will be uncrowned? Here it is known that the temperature of the politics of UP 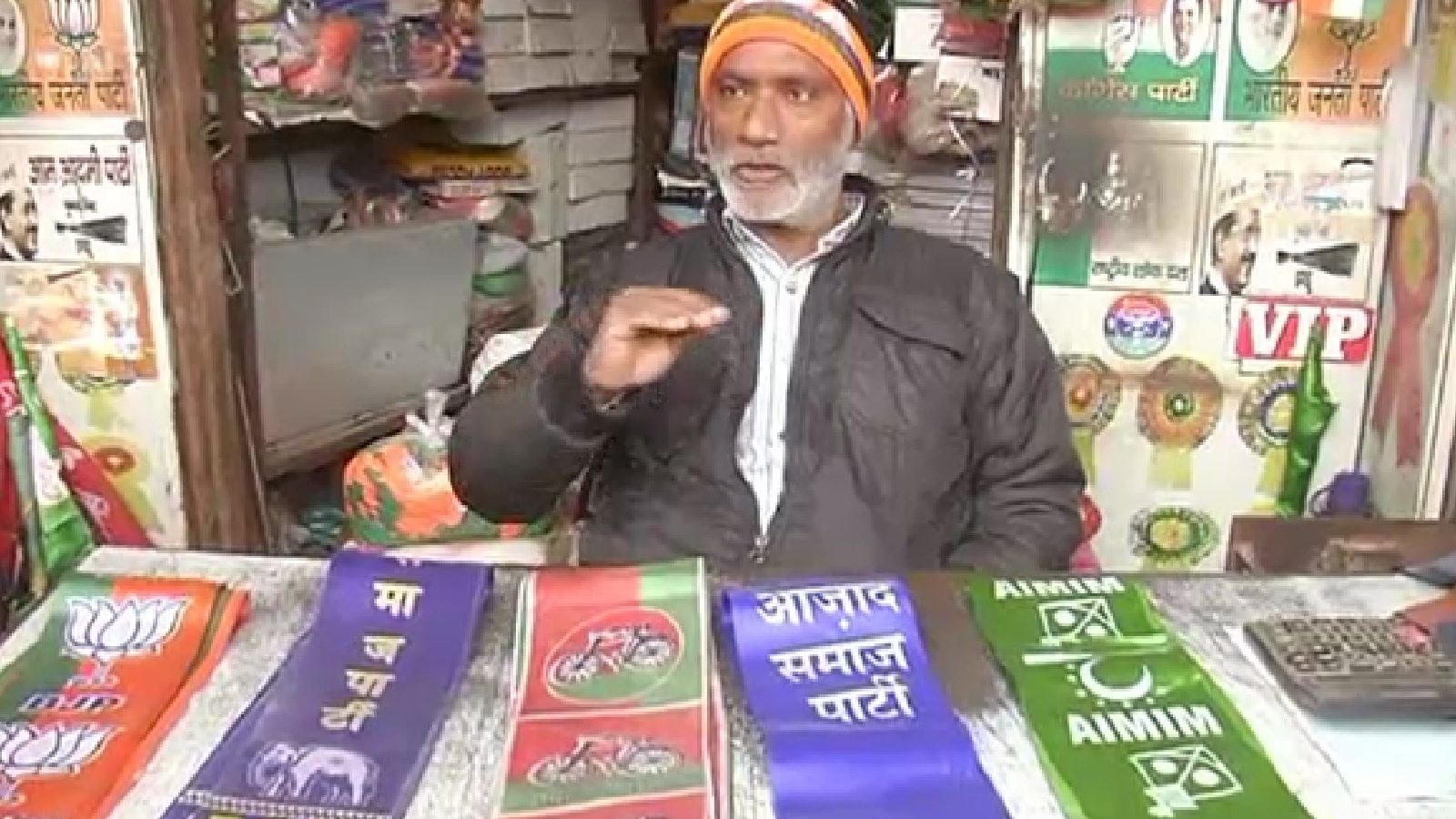 Meerut. Uttar Pradesh Assembly Elections (UP Election Dates) The dates have been announced. Meerut on next 10 February (Voting in Meerut) In the first phase voting will also take place. In such a situation, today we will take you to a place where the political temperature of the state is measured for years… we are talking about shops with election campaign material. When the Stuff Unknown team visited the election campaign material shops in Meerut, we felt as if we had entered a political school.

When we talked to these shopkeepers, they were clearly seen saying that according to the election campaign material sold so far, this time the direct contest will be between BJP and SP. BSP chief Mayawati may not have held any rally this time in the election season, but her campaign material also sold well this time. Shopkeepers say that this time BSP will play an important role in the politics of UP.

Be it the lotus flag of the BJP or the red cap of the Samajwadi Party. Bahujan Samaj Party badges. Or it may be the flag of the Congress party. All this election material sold well here this time. One such shopkeeper, who has been selling election material for the last thirty-two years, says that he saw many elections but did not see such an election as is happening this time. People selling election campaign materials say that this time due to the ban on rallies in the Corona era, their business has slowed down due to the digital and virtual campaigning.

Also read- Now Kashi Vishwanath will neither be able to go to the sanctum sanctorum in the temple, nor will there be a commentary on the foreheads of the devotees, know what is the reason

These sahibs, who have been doing shop for years, say that they sit here and measure the election temperature of the state. He says that this time the direct contest is in the BJP and SP alliance. He says that if the decision is taken on the basis of sale of publicity material, then BJP is number one, while on the second number SP-RLD then BSP and later Congress and AAP. It can be said that this political mercury will rise further as well as the color of politics will deepen. Look forward to see what happens…

Tags: Meerut news, UP Assembly Election 2022, UP chunav, Up news in hindi

UP Chunav: Which party will rule and who will be uncrowned? Here it is known that the temperature of the politics of UP