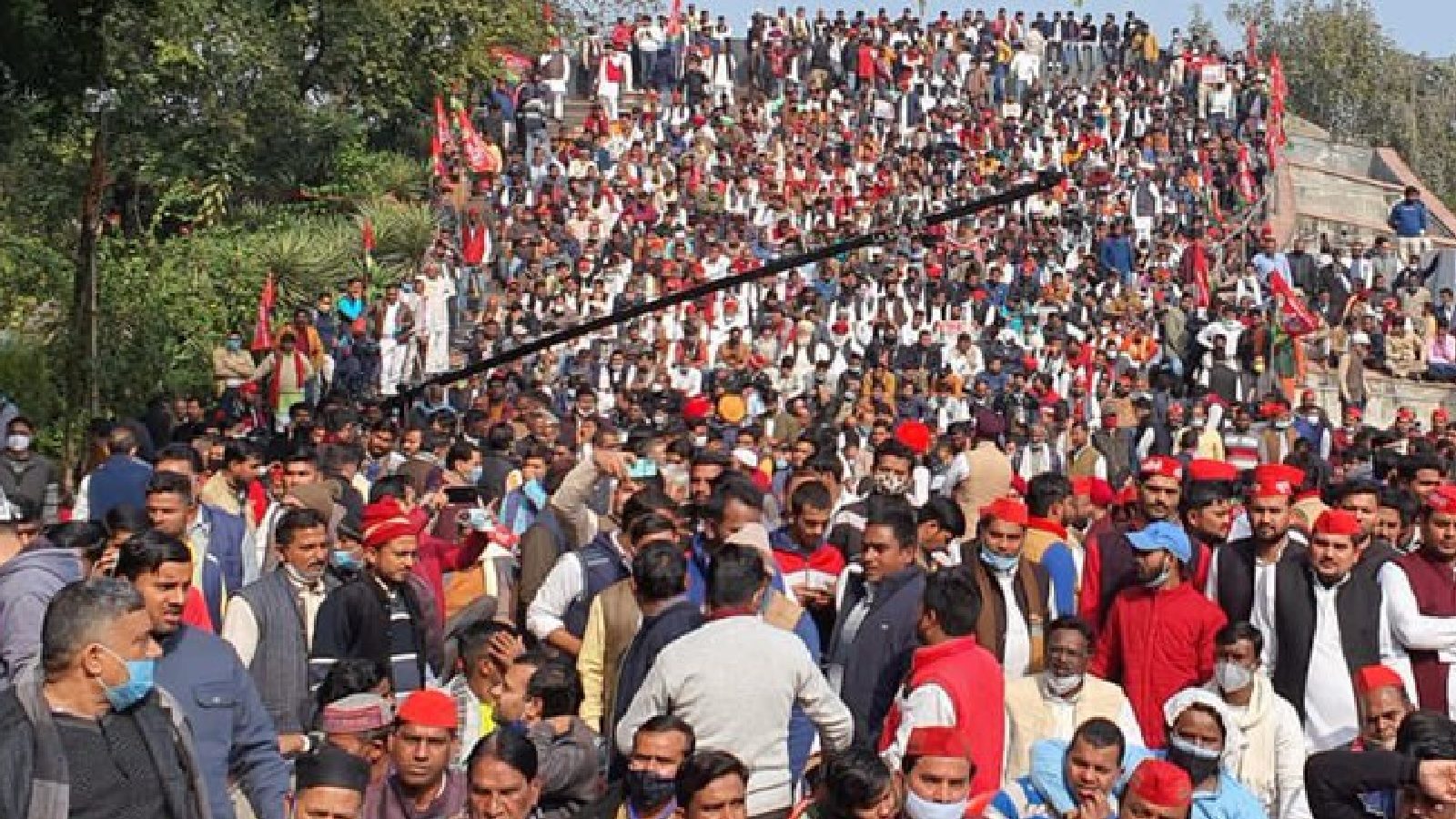 Lucknow. Swami Prasad Maurya Of SP (Samajwadi Party) SHO Dinesh Singh Bisht of Gautampalli police station has been suspended after the FIR regarding violation of Kovid guidelines in the joining program. SP Headquarters (SP Office Crowd) The Election Commission has also sought an explanation from the ACP and SDM of Hazratganj for non-compliance with the crowd gathering without permission, the corona rules are not followed.

On January 14, with Makar Sankranti, the Khar month, which is considered inauspicious, comes to an end. In view of this, this program was kept on the auspicious day of Makar Sankranti on January 14, but an FIR was lodged by the police. This FIR was registered under sections 269, 270 and 341 of IPC for breaking section 144, epidemic act, stopping traffic on the road.

According to the FIR, two to two and a half thousand workers of the Samajwadi Party were gathered inside the party office at 19, Vikramaditya Marg, whose haphazard vehicles had created a jam-like situation on Vikramaditya Marg. Section 144 was also in force due to the code of conduct, despite this, illegal gatherings were done in the office by Samajwadi Party leaders, workers, while any kind of rally, procession, meeting is completely banned till January 15.

According to the FIR, the people present in the program also openly violated the Kovid guidelines. The police also persuaded these people to clear the crowd and remove the vehicles through loud-hailers, but it did not have any effect. Therefore, this act of his was considered as an offense under the Epidemic Act, whose FIR has been lodged at Gautam Palli police station.