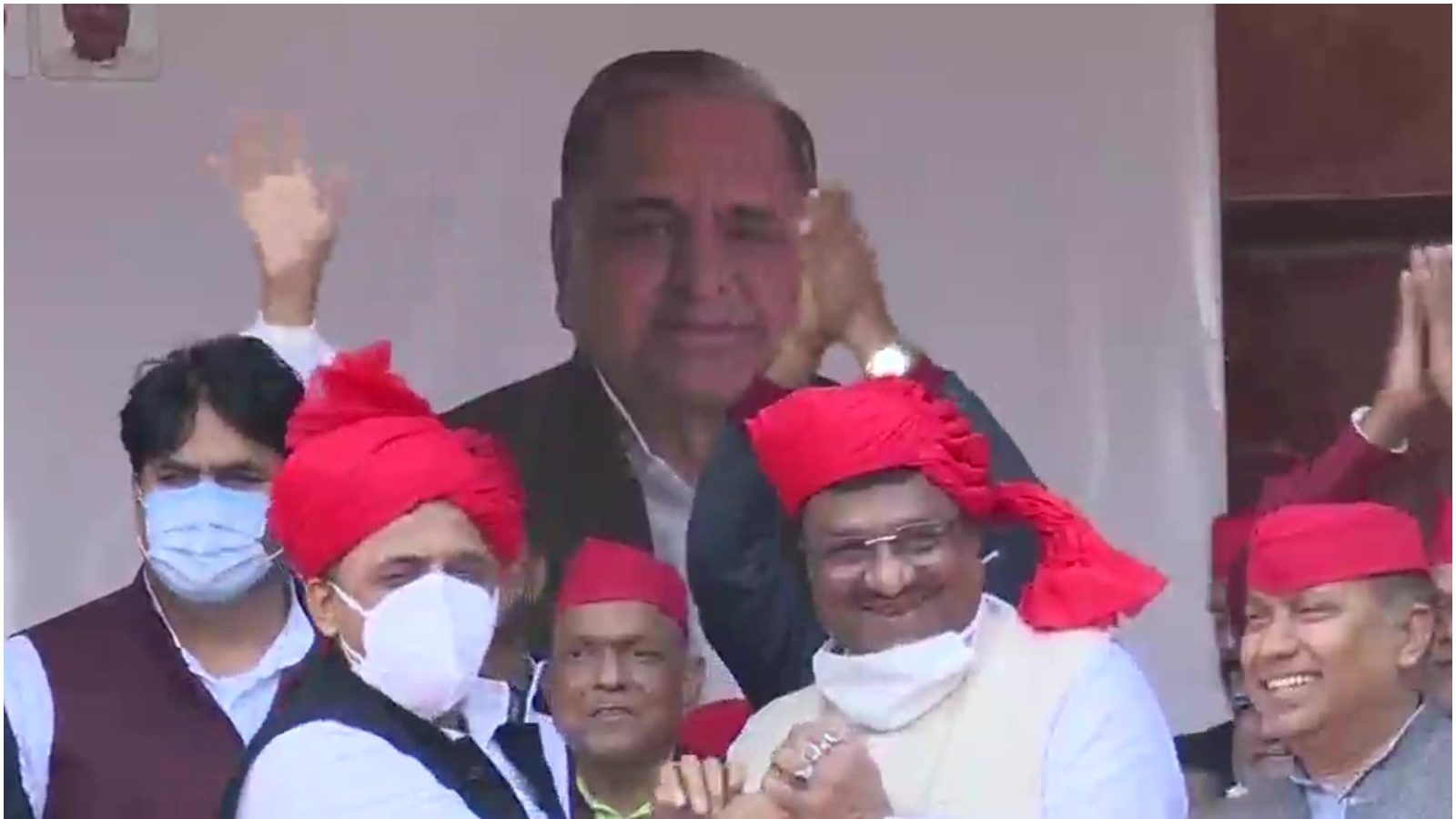 Lucknow. Before the start of the war of Uttar Pradesh assembly elections (UP Election 2022), the politics of defection has risen. Meanwhile, the MLA and Ayush Minister who resigned from the BJP on Thursday Dr. Dharam Singh Saini Has joined the Samajwadi Party. In the presence of former UP CM Akhilesh Yadav at the SP’s office in Lucknow, he said that today’s program is being held in the party office because of the code of conduct, otherwise there would have been no ban, a rally of more than 10 lakh people. You are welcomed by

With this, Dr. Dharam Singh Saini said that we take oath on Makar Sankranti, to save the Constitution and to save the oppressed Dalits from atrocities, we will form a socialist government on March 10. At the same time, he said that the humanity that I got from Akhilesh Yadav was not found anywhere else, because I have been in both BSP and BJP. At the same time, Saini said that on March 10, 2022, we will get you sworn in as Chief Minister and in 2024 as Prime Minister.

Akhilesh had said this thing
On Saini’s resignation from BJP, former UP CM Akhilesh Yadav had said that with the arrival of Dr. Dharam Singh Saini ji, another warrior of ‘social justice’, our ‘positive and progressive politics’ to bring everyone together. Got even more enthusiasm and strength. Hearty welcome and greetings to him in SP! In twenty-two the victory of inclusiveness and harmony is certain.

Know the political journey of Dr. Dharam Singh Saini
Dr. Dharam Singh Saini became MLA for the first time in 2002 on BSP ticket from Sarsawa seat. After this, again in 2007 he became an MLA from Sarsawa on a BSP ticket and was a cabinet minister (Basic Education Minister) in the BSP government. After this, for the third time in 2012, he became an MLA from Nakur on a BSP ticket and was the chairman of the Public Accounts Committee. After this, in 2017 he joined BJP and became MLA from Nakud. At the same time, BJP honored him by giving him the post of AYUSH Minister. This time he has switched sides and joined the Samajwadi Party. If sources are to be believed, he was in touch with Samajwadi Party chief and former UP CM Akhilesh Yadav for a long time.