UP Assembly Election 2022: Elephants of Dalit Park will not be covered in Noida, know the reason 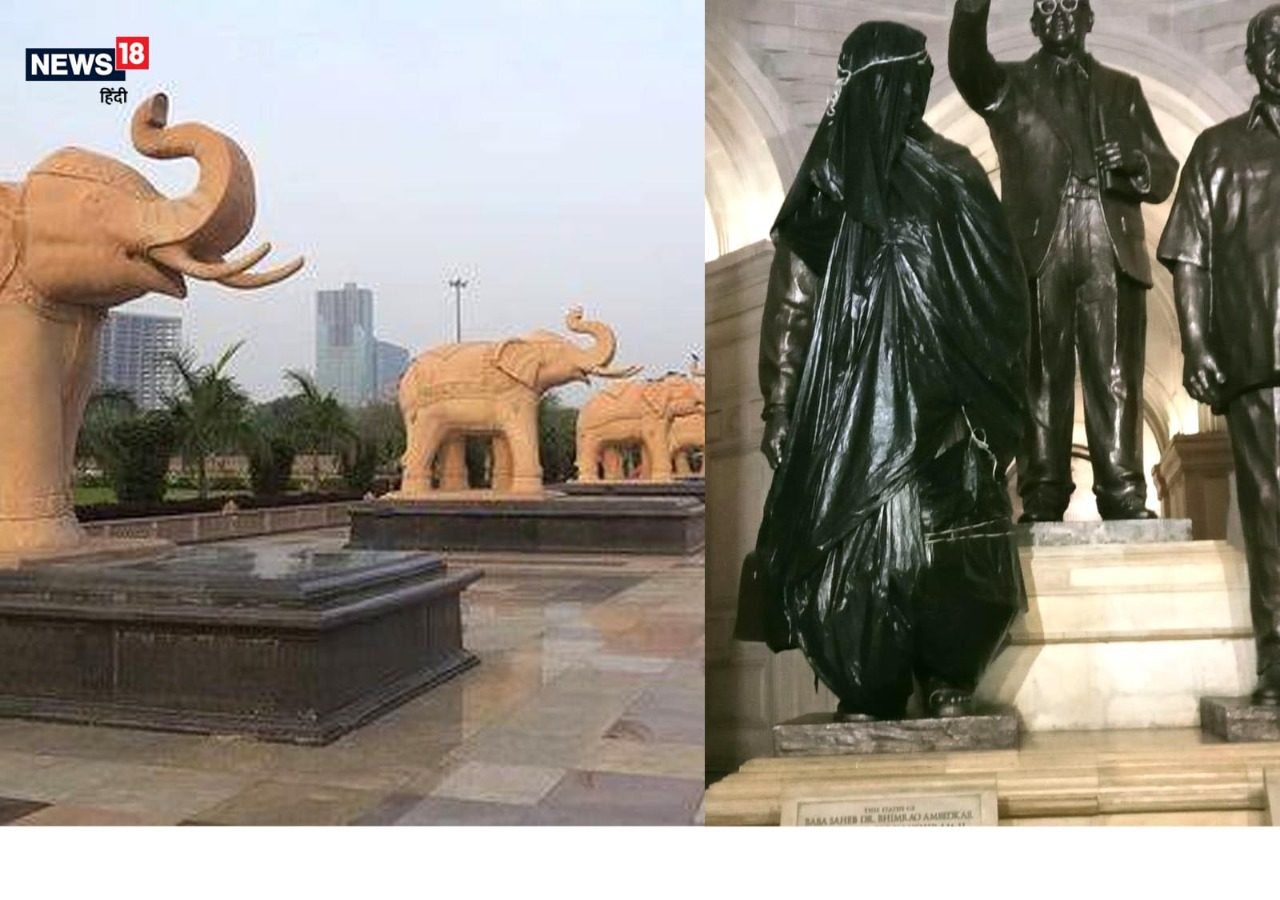 Noida. UP Assembly Election 2022 has been announced. After the implementation of the code of conduct, the removal or covering of the symbols, flags and things identifying the party has started. Gautam Budh Nagar Police-administration together have removed thousands of flags, banners and posters. But the elephant statue in the Dalit Prerna Sthal in Noida itself will not be covered. Such orders have been given to the park manager by the Noida Authority. During the elections, only the statues of the BSP supremo in the park will be covered. Immediately after the order came, the statues of the BSP supremo have been covered up.

The posture of the elephants we have here is like that when the elephant raises its trunk to welcome. Whereas the trunk of an elephant bearing the election symbol of BSP is directly towards the ground. Therefore, according to the orders received by the Noida Authority, elephants will not be covered. Whereas the statues of BSP supremo Mayawati have been completely covered.

Right now only promotional material has been removed from public places

According to experts, after the implementation of the code of conduct, promotional material is removed in three phases. Banners and posters are removed from public places in the first 24 hours, from local bodies in 48 hours and from private property in 72 hours. Due to this, 27,463 banners, posters and wall painting have been removed from public places after 48 hours of the code of conduct. It includes banners and posters of all parties.

UP Assembly Election 2022: Elephants of Dalit Park will not be covered in Noida, know the reason