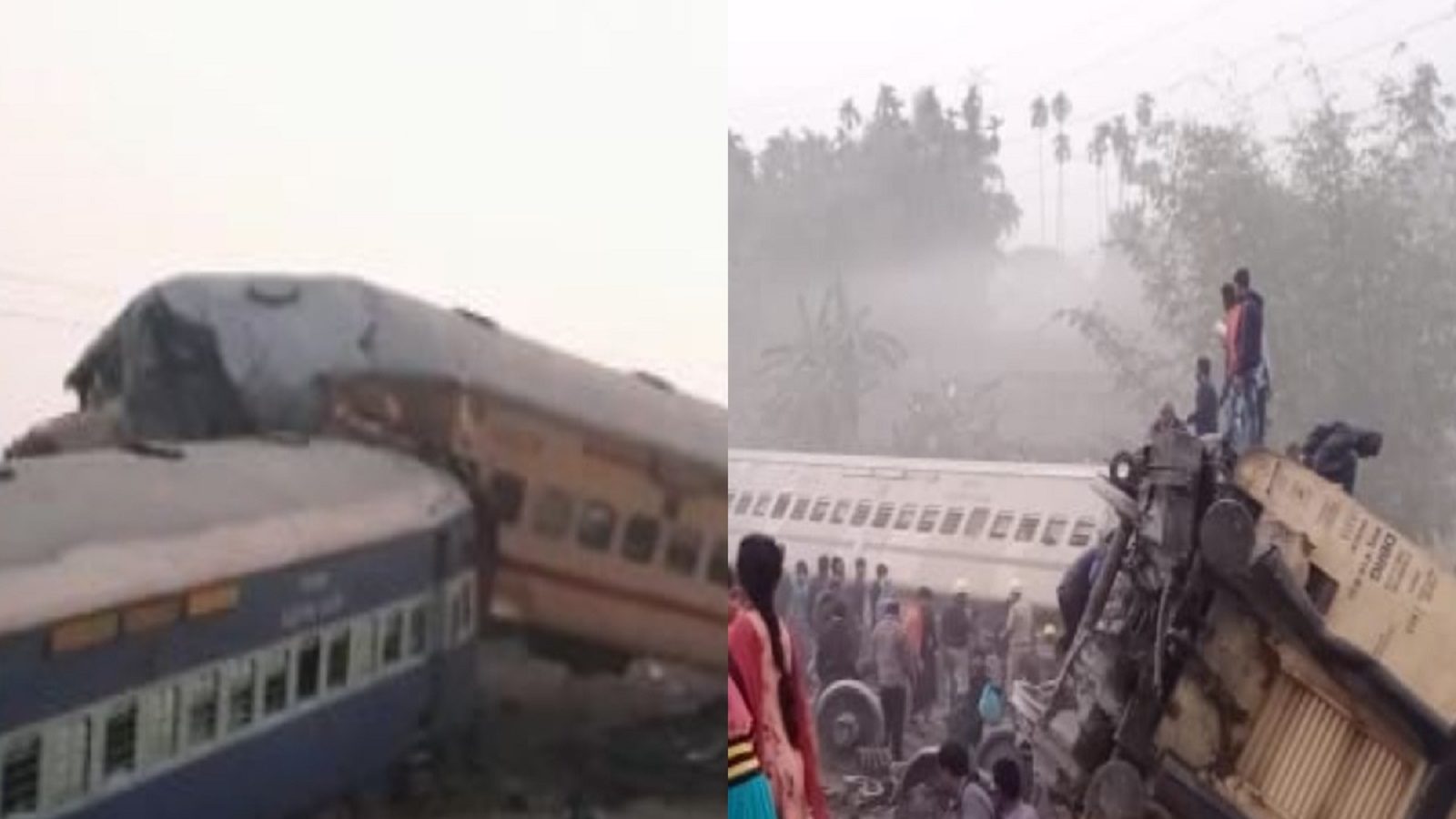 Domohani. In Jalpaiguri area of ​​West Bengal Guwahati-Bikaner Express 15633 Train (Guwahati-Bikaner Express) Got off track. According to the information received, so far five people have died and 20 people have been injured in this accident. Bikaner to Guwahati (Bikaner Express Accident) This going train accident Domohani of Jalpaiguri It happened around five o’clock in the evening. It was told in the information that 12 bogies of the train derailed, while 4 bogies completely overturned and climbed on each other. Guneet Kaur, Chief PRO of North East Frontier Railway said that the rescue operation is almost complete. Our teams have successfully rescued all the affected passengers.

This accident happened while crossing Mainagudi from Bikaner to Guwahati. As soon as the information about the accident was received, the concerned railway officials reached the spot and instructed to start the relief work. According to Jalpaiguri District Magistrate Momita Godala Basu, Jalpaiguri DM Moumita Basu told that so far 5 people have lost their lives in the accident. At the same time, oxygen, ambulances have been called from the adjoining districts of Alipurduar, Darjeeling. He said that the people who are inside the rest of the bogies are alive or not, it will be known later. According to the information received, the injured are being admitted to Jalpaiguri District Hospital and New Moinaguri District Hospital. 30-35 ambulances have been deployed at the spot.

Prime Minister Narendra Modi tweeted that he took information from Railway Minister Ashwini Vaishnav about the train accident in West Bengal. The PM expressed his condolences to the people affected in the accident and prayed for the speedy recovery of the injured.

Around 20 people have been injured in the accident

According to the Indian Railways, 12 bogies of the train have been affected in this accident. DRM and ADRM have reached the spot as well as a relief train and medical van have also reached the spot.

A high level railway security inquiry has been ordered into the derailment of Guwahati-Bikaner Express 15633.