South’s films are being remade in Hindi, the projects of these big artists are in the list 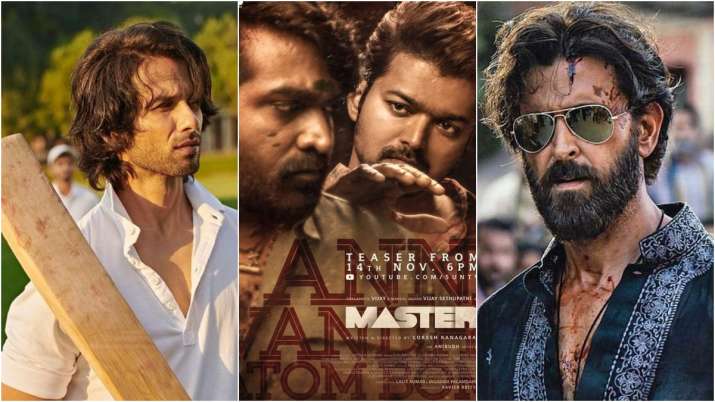 Allu Arjun’s film ‘Pushpa’ has continued its success. The film, which performed well in theatres, has managed to woo the OTT audience. Allu Arjun recently said that he has never acted in any remake in his career, but Bollywood is making remakes these days.

The big stars of Bollywood are seen in the remakes of South’s films and get praise from the fans. Filmmakers like Wanted, Kabir Singh, Bhool Bhulaiyaa got the love of the audience by making them in Hindi. There is also a long list of Hindi remakes of South films which are yet to come before the audience.

Shahid Kapoor, Mrunal Thakur and Pankaj Kapur starrer ‘Jersey’ is a remake of the Telugu film of the same name. The film is being directed by Gowtham Tinnanuri, who made the first film. Nani, Shraddha Srinath and Satyaraj acted in the film. The film is about a failed cricketer who returns to cricket even at the age of 30 because of his son.

The remake of the 2005 Tamil film ‘Anniyan’ will star Ranveer Singh in the lead role. This film will be directed by Shankar. The film ‘Anniyan’, starring Vikram in the lead, was an action-drama that revolves around a man who suffers from Multiple Personality Disorder.

Salman Khan was approached for the Hindi remake of Thalapathy Vijay starrer ‘Master’. According to Pinkvilla, Salman has also liked the concept of the film. He is said to have shown interest in doing the film. The film revolves around a drunken professor who is sent to a children’s school. The drama unfolds in the film when he sees a gangster using children for criminal activities.

Vijay Sethupathi and R Madhavan starrer Vikram Vedha is also being remade in Hindi. Hrithik Roshan and Saif Ali Khan will be in the remake. Recently, the actor’s first look from Vikram Vedha was released on Hrithik Roshan’s birthday.

Ratnasan
Akshay Kumar and Rakul Preet will be seen in the Hindi remake of the Tamil thriller – Ratnasan. The film revolves around the story of a cop who tracks down a serial killer who murdered schoolgirls. The film starred Vishnu Vishal and Amala Paul.

South’s films are being remade in Hindi, the projects of these big artists are in the list