Samsung and Xiaomi smartphones cut by up to 9 thousand rupees, learn new price

Xiaomi Redmi Note 10 Pro Max will be launched in India next month, revealing RAM and storage

Samsung Galaxy M11: Price Rs 10,999 (Reduction of 2 thousand rupees)
The price of Samsung Galaxy M11, launched in June last year, has been cut by 2 thousand rupees. Samsung has reduced the price of 4 GB RAM and 64 GB storage variant of the phone. The company has now made the 4 GB RAM variant available for Rs 10,999 instead of Rs 12,999. The phone has One UI 2.0 skin with Android 10 operating system. The handset has a Qualcomm Snapdragon 450 processor and Adreno 506 GPU for graphics.

Apache RR 310 becomes expensive once again, know how much it is now priced- 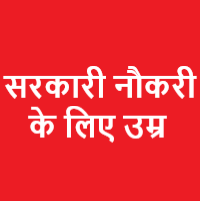 Let’s know what age should be for a government job?

Good signs for the Indian economy! S&P said- Economy returning to track will pick up pace in next financial year-

Easily transfer photos and videos from Cloud to Google Photos, learn how

NF railway will run train from Agartala to Howrah and Sealdah –

Now you will be able to make audio-video calling without a phone, WhatsApp users got new feature