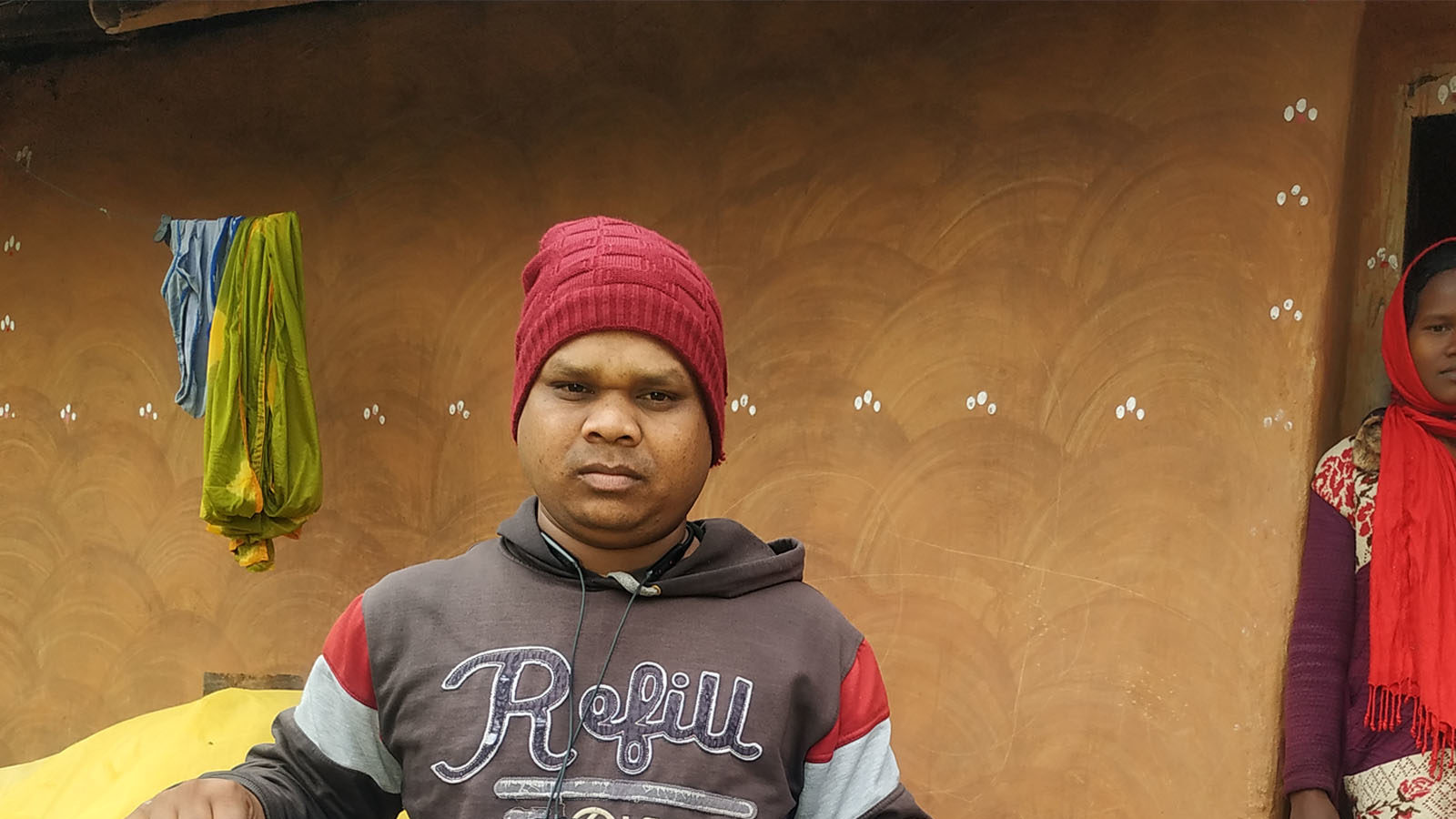 Hemant Soren government is making new claims every day regarding the Chief Minister’s employment generation scheme in Jharkhand. Under the scheme, the amount to be given for employment is being claimed to beautify the future. Under the Chief Minister’s Employment Generation Scheme, checks of up to Rs 50,000 were distributed to many young beneficiaries in the program ‘Your Rights – Your Government – Your Door’. But have these government checks been cashed? Did the beneficiaries get the benefit of this amount?

first case study
Sujit Pahan, a resident of Remta village in Khunti district. Sujit is currently a student of BA Part-3. Sujit Pahan had applied for the Chief Minister’s Employment Generation Scheme from the handicapped quota due to poor sight in the right eye since childhood. This handicapped youth, who belonged to the farmer’s house, understood that if he got the benefit of the scheme, then he would open a small shop in the village. When Sujit got the information about the acceptance of the application, he felt that maybe now he will be of some use to his family members. On the very next day, when Chief Minister Hemant Soren got information about getting the check, his happiness knew no bounds. He received a dummy check of 50 thousand from the hands of Chief Minister Hemant Soren in Ulihatu on 15th November, the day of Jharkhand Foundation Day. Officials said that in the next two to four days, the money will automatically go into the bank account. But from this the game of cheating the government with the beneficiary in the name of the scheme started.

When two to four, four to ten and ten to twenty days had elapsed, Sujit started losing confidence with the assurances of the welfare department officials. Despite being handicapped, he kept on making rounds of government offices every day. But still he did not get a broken whip. On January 14, 2022, when News-18 started its investigation, Sujit narrated his ordeal. When we started ringing the phone to the officials regarding the plan, the officials also got shocked. In Sujit’s account, at 3.33 am, a message of sending 25 thousand through NEFT came.

The government has put 25 thousand rupees in Sujit Pahan’s account after two months and not two days. Sujit’s father Jairam Pahan is asking the Chief Minister of the state Hemant Soren about the remaining 25 thousand rupees. They say that it is not right to cheat the beneficiaries in the name of the scheme. By doing this, people’s confidence in the government’s plan will be lost.

Sujit is not alone among those who are cheated in the name of Chief Minister Employment Generation Scheme. Something similar happened with Suranjan Tidu, a resident of Tirla in Khunti on 15 November in Ulihatu, the birthplace of Birsa Munda. Like Sujit, Suranjan is also forced to stumble rate-rate for cashing the government’s dummy checks for the last two months. Suranjan thought that after getting 50 thousand rupees under the scheme, he would restart the hotel which was closed during the lockdown. Suranjan has a small eatery in the Khunti court complex. But even that could not happen, at present he is running an auto and somehow feeding the family.

In Suranjan’s account also, on January 14, 2022, at around 3.05 pm, a message of 25 thousand rupees arrived in the bank account. He is now worried about how the hotel will be operational again with such little money. The loan taken during the lockdown also has to be repaid. It is difficult to say when the government will give the remaining 25 thousand rupees.

Lateness of government scheme is common in Jharkhand, but no one knew that this would be the fate of the scheme distributed among the selected beneficiaries at the hands of the Chief Minister. If this is the attitude of the state officials after the distribution of the scheme in the hands of the Chief Minister, then you can understand how much papad will have to be rolled by a villager from a remote village to get the scheme of the government.