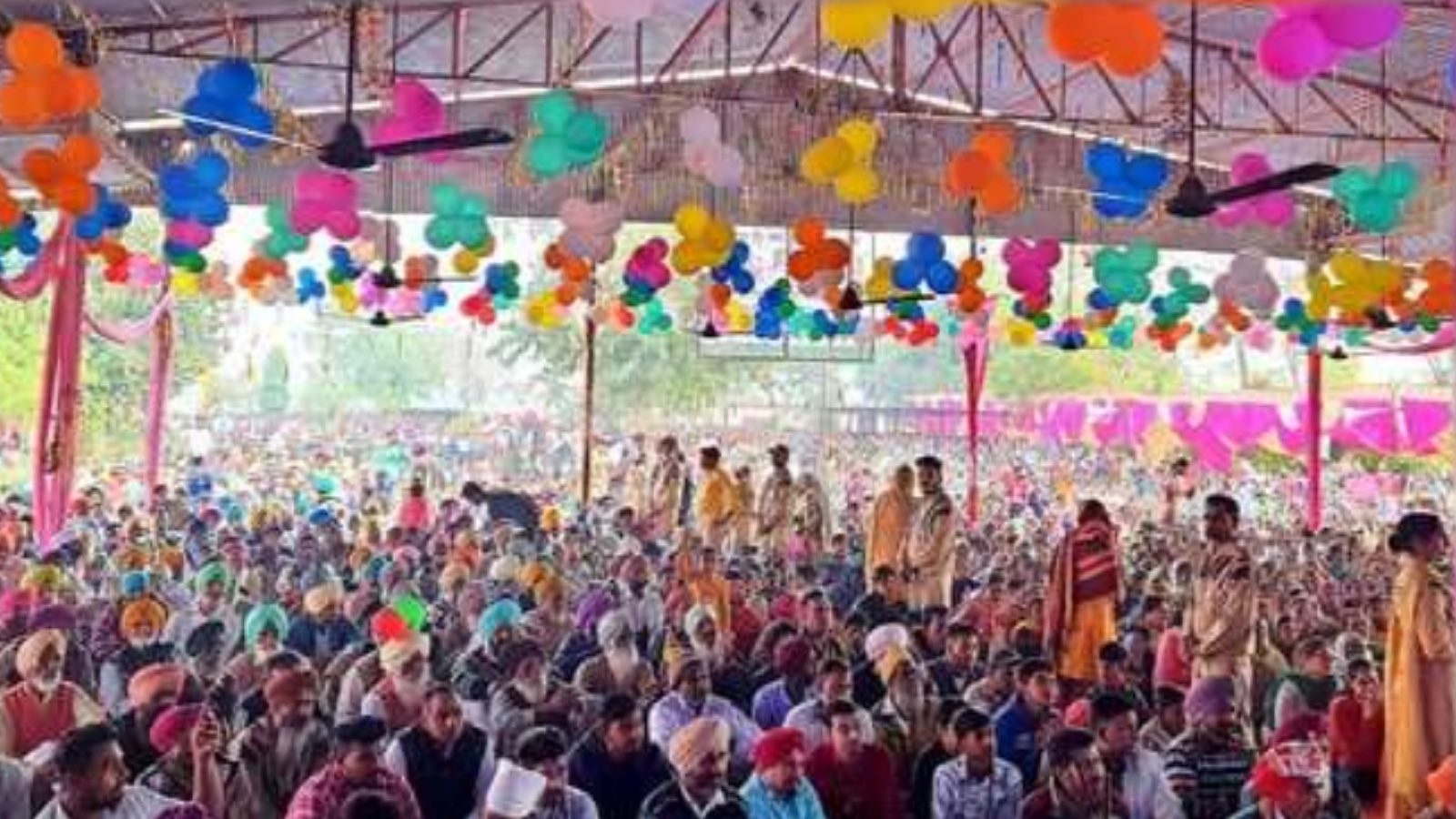 Chandigarh. There is only one month left in the Punjab Assembly elections. In such a situation, discussions are intensifying about the deras in the midst of the political turmoil of the state. The extent to which deras can be effective in Punjab elections can be gauged from their numbers only. Statistics show that there are more than 10 thousand deras in the state. Also, the number of people associated with them is in lakhs. In the elections held in the past also, many big politicians have been seen at the door of the dera.

It is reported that there are 300 big deras in the state which directly affect the elections. The effect of Deras is said to be in 93 seats in the Punjab Legislative Assembly with a total of 117 seats. At the same time, 47 seats are ace, where the capacity of Dero can change the situation of elections. Also, in about 46 seats, deras have the power to make a big difference in the vote figures. According to media reports, the political fronts of the Dera become active as soon as the elections are near. Although the heads of these dera do not directly ask their followers to support any political party, the gesture made a day before the vote plays its part in the political reshuffle.

Mathematics of voters and Dera lovers
The number of voters in Punjab is 2.12 crore. According to media reports, it has been estimated that 53 lakh people i.e. about 25 percent are associated with Deras. There are 1.13 lakh branches of Deras in 12 thousand 581 villages in the state. Actually, there are many big reasons for people to join the camps. Among them, caste-religion, drug and poverty are considered to be the major reasons.

Also read: Punjab Assembly Election 2022: Dera Sacha Sauda’s entry in the elections! Will the politics of the state change?

The most effective is Dera Sacha Sauda!
The number of Dera Sacha Sauda in Sirsa in Punjab is about 10 thousand. The influence of this Dera with 6 crore followers all over India is in 35-40 seats in the Malwa region of the state. After this, the influence of Dera Radha Swami, started in 1891, is in 10-12 seats. The influence of the Namdhari community is in 2-3 seats in Majha and 7-8 in Malwa. Divya Jyoti Jagriti Sansthan is considered to have a very strong hold on 4-5 seats of Majha and 3-4 seats of Doaba. Apart from this, the impact of the Nirankari community spread in 27 countries is on 3-4 seats in Malwa and 2-3 seats in Majha.

During the 2017 assembly elections, there is hardly any leader who has not reached these deras to garner support for his party. In 2016, Rahul Gandhi had reached Dera Beas and spent about 19 hours there. In 2016, former Punjab Chief Minister Parkash Singh Badal, former cabinet minister Bikram Singh Majithia inaugurated the solar plant at Dera Beas. In May 2016 itself, Punjab Deputy CM Sukhbir Badal, then Punjab Congress President Captain Amarinder Singh and Delhi Chief Minister Arvind Kejriwal had reached his tent in Patiala to meet Sant Dhadharianwale after the attack as the 2017 assembly elections were due. .