Pro Kabaddi: The game that flourished in Indian soil is now hoisting in the world, hundreds of stars gathered in Bangalore 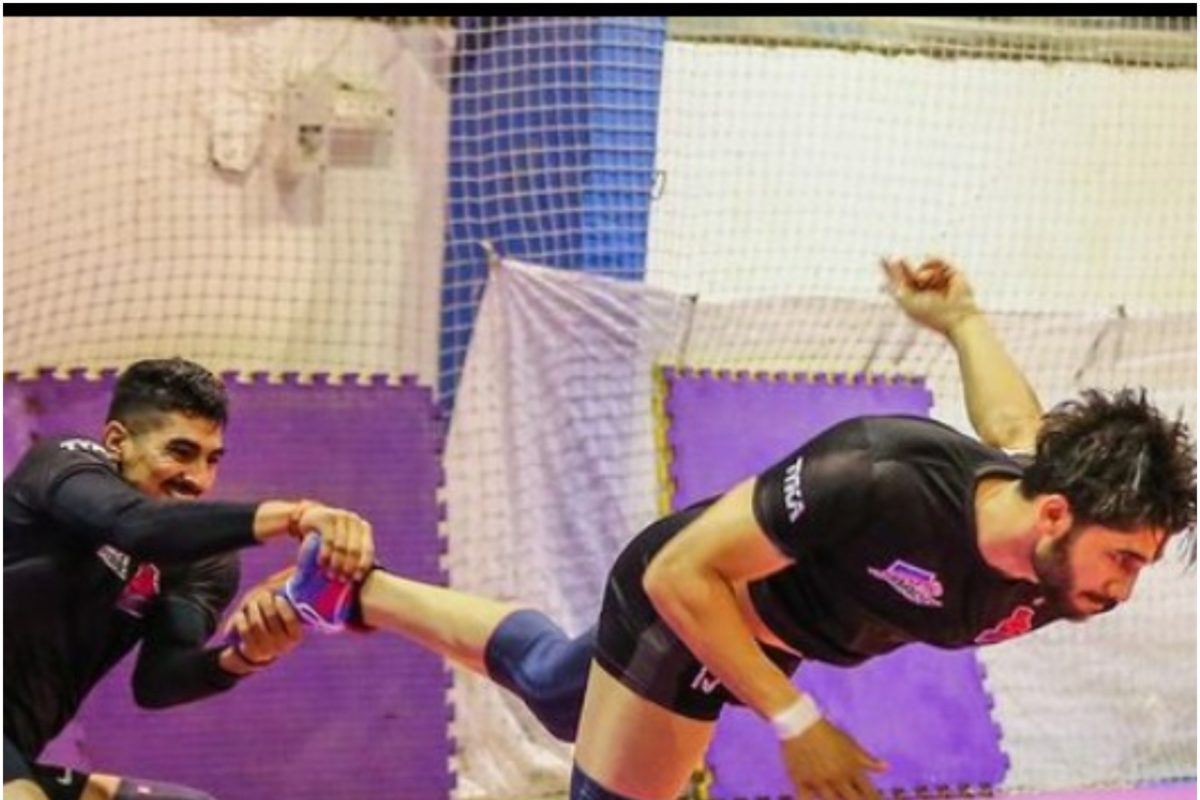 Priorities have changed over time, to move forward, it is only necessary to fight. Without fighting, there is no place and maybe there is no way to move forward. This game, which grew out of the sweet smell of Indian soil, has now become a beautiful amalgamation of modernity and technology. Kabaddi, which is played for leisure and entertainment in the village countryside, has now turned into a professional sport in front of the world, in which there is passion with adventure, every formula of success is also present.

The 8th season of Pro-Kabaddi is starting from today in Bangalore. Since October 2019, it could not be organized due to Corona and this time also every step is being taken on a whirlwind. There will be no audience presence this time. As a precaution, all the matches are being played at the same place in Bangalore. Obviously, getting it done successfully in this difficult time is also an achievement in itself. 12 teams will play 138 matches and after that it will be decided whose name is going to be the title of this time.

A lot has happened with this game since the inception of Pro-Kabaddi. This game has broken geographical boundaries in terms of popularity. Not only the indigenous but the processed form of Kabaddi is now climbing the stairs of popularity not only in India but also outside the country. Since the advent of IPL, a large number of Indian cricketers have got a lot of exposure, when you play more with foreign players, you also get to learn a lot from each other. The same thing happened in Kabaddi. Players from other countries including Iran participated in Pro-Kabaddi in large numbers and Kabaddi spread especially in Asia. Although Iran has always been claiming that Kabaddi originated in its country and has inherited this sport.

But the reality is that Iran has won the Asian Games gold medal for the first time by defeating India. Kabaddi has been happening in Iran in the past too, but these players have got the opportunity to assimilate it in new rules and methods only from the Pro-Kabaddi League. In the sport in which even the Arjuna Awardees could not get recognition in India, there are not only Indians but also many foreign players, whose names are now being recognized from house to house.

The fan following of Indian Kabaddi stars is touching the sky. The number of his followers on social sites is huge. Generally, the status of these players who came out of the countryside and towns is no less than a star. Tattoos have started appearing on his body, hair style has changed. When the first season happened, the biggest bid in the auction was made for Rakesh Kumar, the former captain of the Indian team, which was less than 12 lakhs. But now it has also crossed the 1.5 crore mark. Apart from cricket in India, no one had even imagined this amount for any other sport, especially Kabaddi, 5 years ago today.

Till now the importance of Kabaddi used to be for jobs in public sector, railways, services, but now it has gone beyond that point as well. If we take out the average income of the players involved in PKL as of today, it will probably not be less than 25-30 lakhs. Due to the addition of 4 more teams from the 5th season, the bank of players has increased. Mashal Sports, the operator of Pro-Kabaddi, has created a separate pool of young players, where work is done to carve out the possibilities of Kabaddi players. This is the bank, due to which there is a steady flow of young and talented players in the league.

In fact, better coordination between International Kabaddi Federation, Jugalbandi of Indian Kabaddi Federation, Mashal Sports and rights holder Star Sports helped the game to develop. The game of Kabaddi was there in the country even earlier, but by preparing it as a complete package of 40 minutes, people’s interest in it increased and gradually Kabaddi became popular through the league.

With the new rules, the pace of this game was increased and every formula of success was added to it. People went on connecting with it through flashing lights, strong effects of sound and commentary. The short time of the game also became a big reason for its popularity. The specialty of this season is that the core of most teams is shaken. Superstar Pradeep Narwal is no longer in Patna Pirates in the last two seasons of the league. Pradeep and Patna have been complementary to each other. It had become a habit to watch Patna Pirates and Pradeep together for 5 consecutive seasons, but this time he has taken over as the UP warrior. Without him, Patna Pirates looks weak, at least on paper.

Patna has won the most three titles so far. Apart from this, U Mumba, Jaipur Pink Panthers, Bangalore Bulls and Bengal Warriors have got one title each. U Mumba has been dominating in the beginning of the league, but this time it is all about Fazal Atrachali. Tamil Thalaivas may have Surjeet Singh in the defence, but the team’s path will not be easy due to medium level raiders. Anyway, the team has not been able to do anything special in any season. The presence of Siddharth Desai can give strength to Telugu Titans.

Pink Panthers is commanded by Deepak Niwas Hooda. Deepak is a great all-rounder. The presence of Amit Hooda and Dharmaraj Cherlathan in the defense will benefit the team. In Rakesh Kumar’s team Puneri Paltan, where Rahul Chaudhary and Nitin Tomar will strengthen the raiding department, the responsibility will be on Vishal Bhardwaj and Baldev Singh in defense. Defending champion Bengal Warriors has handed over the captaincy to Maninder Singh. However, Maninder could not play the last match of the 7th season due to injury. Despite this, winning the title of Bengal Warriors is commendable. Apart from Maninder, Sukesh Hegde and Rishank Devadiga will take over the raiding, while Rinku Narwal was retained in the defense and Abozar Meghani was included separately. Overall, the Bengal team looks better this time than before.

Uncertainty is the biggest feature of Pro-Kabaddi and also the reason for its popularity. It is difficult to say in which season which ordinary player should perform exceptionally. This is what happened to Pradeep Narwal, Pawan Sehrawat, Fazal Atrachali. Wait for a new star to emerge or for Pradeep, Pawan and Siddharth to continue their reign.

Pro Kabaddi: The game that flourished in Indian soil is now hoisting in the world, hundreds of stars gathered in Bangalore