Makar Sankranti 2022: There was a train of devotees in Gorakhnath temple, thousands of devotees offered khichdi to Lord Gorakhnath 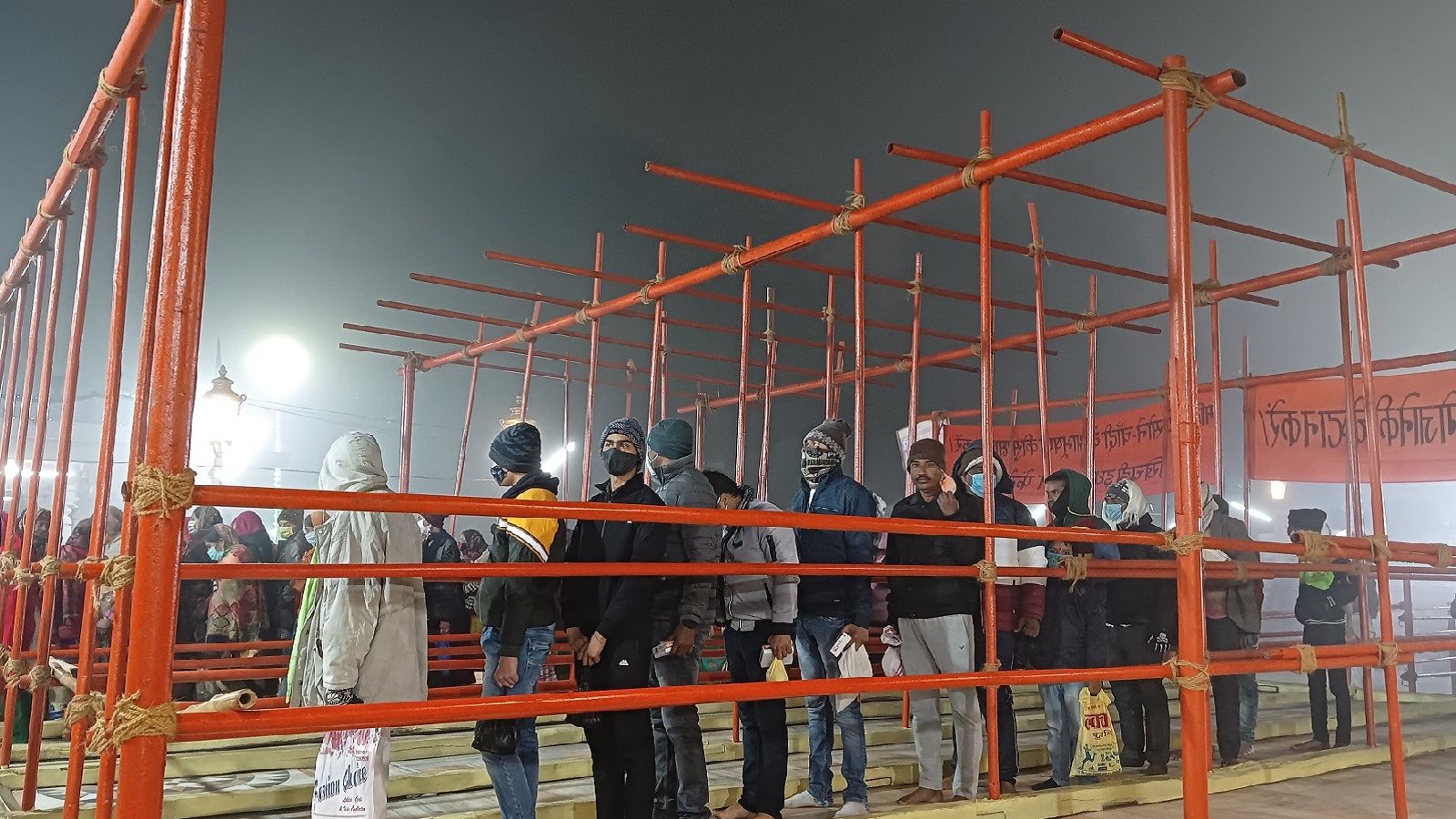 Gorakhpur. Makar Sankranti 2022 on the auspicious occasion of Gorakhnath Temple thousands of devotees in Lord Gorakshanath Offer khichdi to The food offered in the form of Khichdi in Gorakhnath temple is distributed among the needy throughout the year. No one ever reached the needy in the food area of ​​the temple, did not return empty handed. In the same way, the one who makes a vow by offering Khichdi to Baba Gorakhnath is never disappointed. Today, a total of lakhs of devotees from eastern Uttar Pradesh, Bihar and different parts of the country as well as neighboring country Nepal offered khichdi to Shivvatari Baba Gorakhnath.

At four o’clock in the morning, first of all, on behalf of Gorakshpeeth, Pithadhishwar Yogi Adityanath offered khichdi to Baba and offered Bhog. Then Khichdi, which came from the Nepal royal family, was offered to Baba. After this the doors of the temple were opened and the faith of the general public started climbing. The Kovid protocol is being taken care of by the temple. The temple and the fair complex are completely ready for the Khichdi festival. The entire temple area is bathed in colorful lights.

Gorakhnath temple is such a center of social harmony, where the shackles of caste, creed, religion are seen breaking. Are there shops for Hindus, whether Muslims, everyone in its premises. That is, without discrimination, there is a provision for livelihood for everyone. Not only this, the Khichdi fair, which takes more than a month in the temple premises, also becomes the medium of livelihood of thousands of people irrespective of caste and religion.

ancient belief of offering khichdi
The tradition of offering Khichdi in Gorakhnath temple is considered to be Tretayugin. It is believed that at that time Adi Yogi Guru Gorakhnath once reached the court of Mother Jwala Devi located in Kangra district of Himachal Pradesh. Mother arranged for their food. Seeing the variety of dishes, Baba said that he is a yogi and takes only the things obtained in alms as food. He requested Mother Jwala Devi to heat the water and himself went out for alms. While asking for alms, he reached Gorakhpur and here he became absorbed in meditation.
Read all the big updates related to the UP assembly elections here…

Seeing his brilliance, people kept donating food (rice, lentils) in his khappa. During this, on the arrival of Makar Sankranti, this tradition got converted into Khichdi festival. Since then, the order of offering Khichdi to Baba Gorakhnath continues on every Makar Sankranti. It is said that even today water is boiling for cooking Baba’s khichdi in the court of Jwala Devi.

Makar Sankranti 2022: There was a train of devotees in Gorakhnath temple, thousands of devotees offered khichdi to Lord Gorakhnath