Jamui: Weapons and 2 dozen cartridges recovered from the bogie of Jan Shatabdi Express, there was a possibility of a major incident 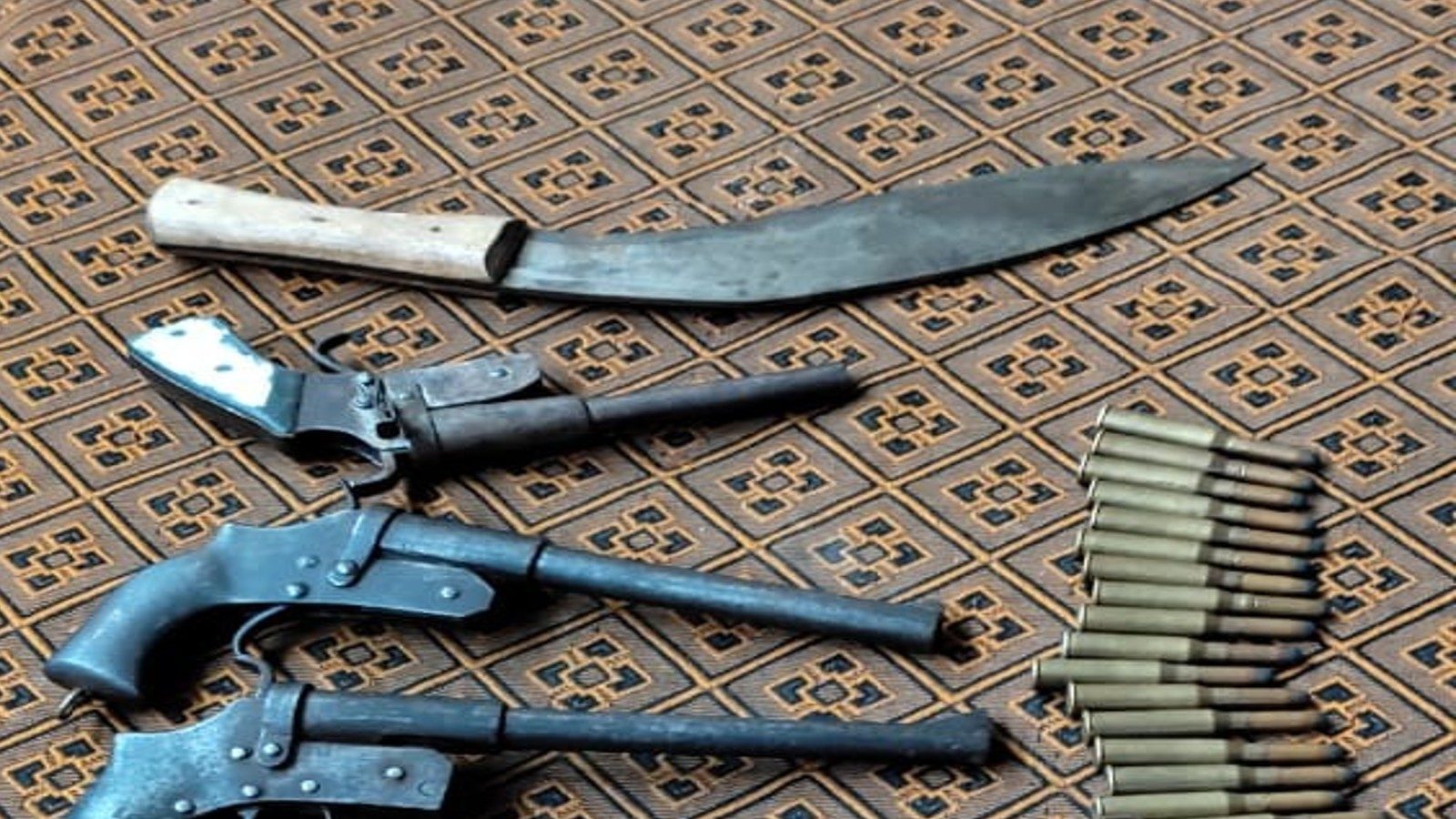 Jamui. Arms smuggling has been exposed in Jamui district of Bihar. During checking at Jhajha station here, the Railway Police has recovered arms and cartridges from a bogie of Howrah-Patna Janshatabdi Express. After the train stopped at the station, the Railway Police was checking it, when it found four country-made pistols, 23 live cartridges and a knife from a bag in a bogie. After the recovery of the weapon, the Railway Police is wondering why the weapon was being carried in such a way in the train. Somewhere in the train itself, the criminals were not in the process of committing any major crime.

According to the information received, the Railway Police has been instructed to investigate all the trains stopping at Jhajha railway station regarding the prohibition law. The Railway Police was investigating the trains properly so that there is no smuggling of liquor from the train. In this sequence, when the Howrah-Patna-Jan Shatabdi station stopped on Wednesday, the Railway Police started checking in it. During this, four country-made pistols and about two dozen live cartridges were recovered from an unclaimed bag in the D6 bogie of the train. When it was investigated, it came to light that the pistol was used from the recovered weapons.

A sharp knife has also been found with these weapons. The police have expressed the apprehension that they have been used to carry out some criminal incident. Also, the police believe that the pistol that has been recovered is not new, so it would not have been kept for smuggling.

Kiul Rail DSP Imran Parvez reached Jhajha on information about the recovery of arms and cartridges from Janshatabdi Express. He told that this weapon is suspected to be kept in the train to carry out any major criminal incident, after which the police have started investigation. He said that the investigation is being done keeping in view the seriousness of the matter. He instructed the Railway Police to investigate the bogies of trains more intensively.

from your city (Jamui)

Jamui: Weapons and 2 dozen cartridges recovered from the bogie of Jan Shatabdi Express, there was a possibility of a major incident