India lost the Cape Town Test as well as lost the series to South Africa, Virat Kohli told the reason for the defeat 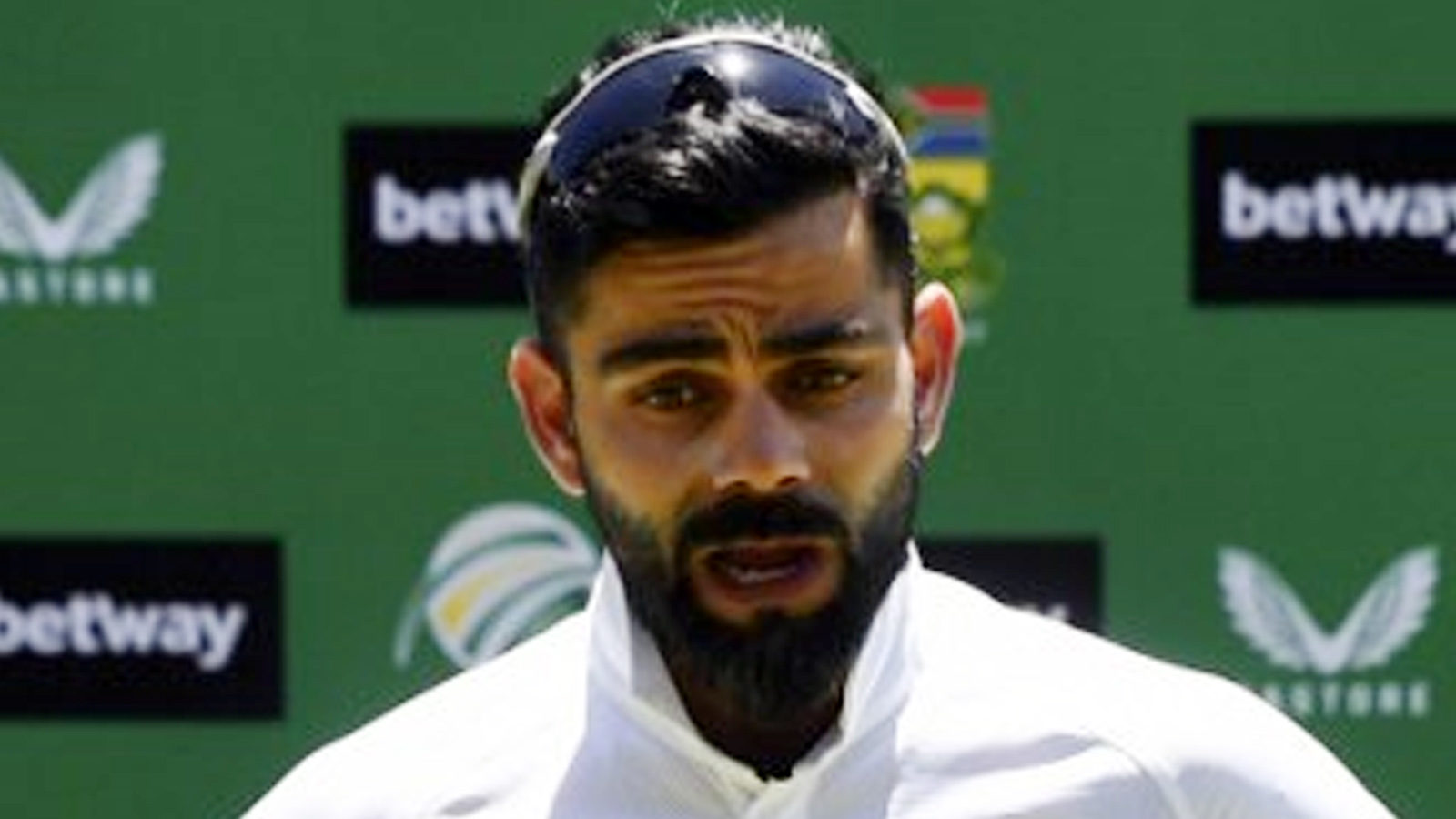 New Delhi. The Indian team got the third and deciding test match of the series against South Africa (IND vs SA 3rd Test) suffered a crushing defeat by 7 wickets on Friday. With this victory, South African team won the 3-match series 2-1. With their disciplined performance, the hosts turned the dream of world No. 1 team India to ‘conquer the last fort’ into a nightmare. Virat Kohli (Virat Kohli) blamed poor batting for the defeat. He also said that the concentration of the players of the team also decreased.

South Africa had a target of 212 runs, which they achieved on the fourth day by losing 3 wickets. Keegan Pietersen (113) played an important role in this, 82 runs from balls. He laid a strong foundation on the third day by sharing a 78-run partnership with captain Dean Elgar (30). Virat Kohli Said, ‘Looks like this is a great match of Test cricket for everyone. We played well in the first match. South Africa made a good comeback in the second match and maintained the momentum in the third as well. There was a lack of concentration on our part even in the crucial moments. I felt South Africa did better in those crucial moments, the hosts, they absolutely deserved to win.

See also, 2 unknown heroes of South Africa, whose pain India will not forget for years

India had a great chance of winning the series for the first time in South Africa. He started off brilliantly by winning the first Test at Centurion by 113 runs but lost the second match at Johannesburg by 7 wickets. In this way, India lost the Test series in South Africa for the 7th time. He once leveled the series 1-1 in 2010-11. Kohli further said, ‘It was batting (which led to the loss). Apart from this, you cannot question any other aspect. People talk about fast bowling and bounce, looking at their (South African bowlers) length, they were able to get more help than wickets in all three Tests.

The Indian Test captain said, ‘We had to pay the price for the lack of concentration in the crucial moments. The opposing team was able to name those moments. The South African bowlers were able to keep the pressure on us for a long time and force us to commit mistakes. They understand these situations very well.

See also, 3 mistakes of Team India, due to which the chance to create history slipped out of hand

The Indian team could only score 198 runs in the second innings even after Rishabh Pant’s century, due to which South Africa did not get a big target. He said, ‘Improvement in batting is necessary, I am not running away from it. Several times during the series, after one of our batsmen returned to the pavilion, several wickets fell in a row. This is not a good thing. Obviously I am very disappointed by this.

He said, ‘We know how long we have come as a team. People were expecting that we can beat South Africa on their soil, this is a testimony to our past successes. This time we could not do that and that is the truth. Accepting this and returning as better cricketers. We would also like to give the credit of this victory to the South African team.

Kohli praised the batting of Lokesh Rahul and Mayank Agarwal during the series. He said, ‘I think the way Lokesh Rahul batted as an opener was excellent, Mayank also did well on many occasions. Our bowling was excellent. Rishabh’s innings in this Test was special, the Centurion victory was also special.

India lost the Cape Town Test as well as lost the series to South Africa, Virat Kohli told the reason for the defeat