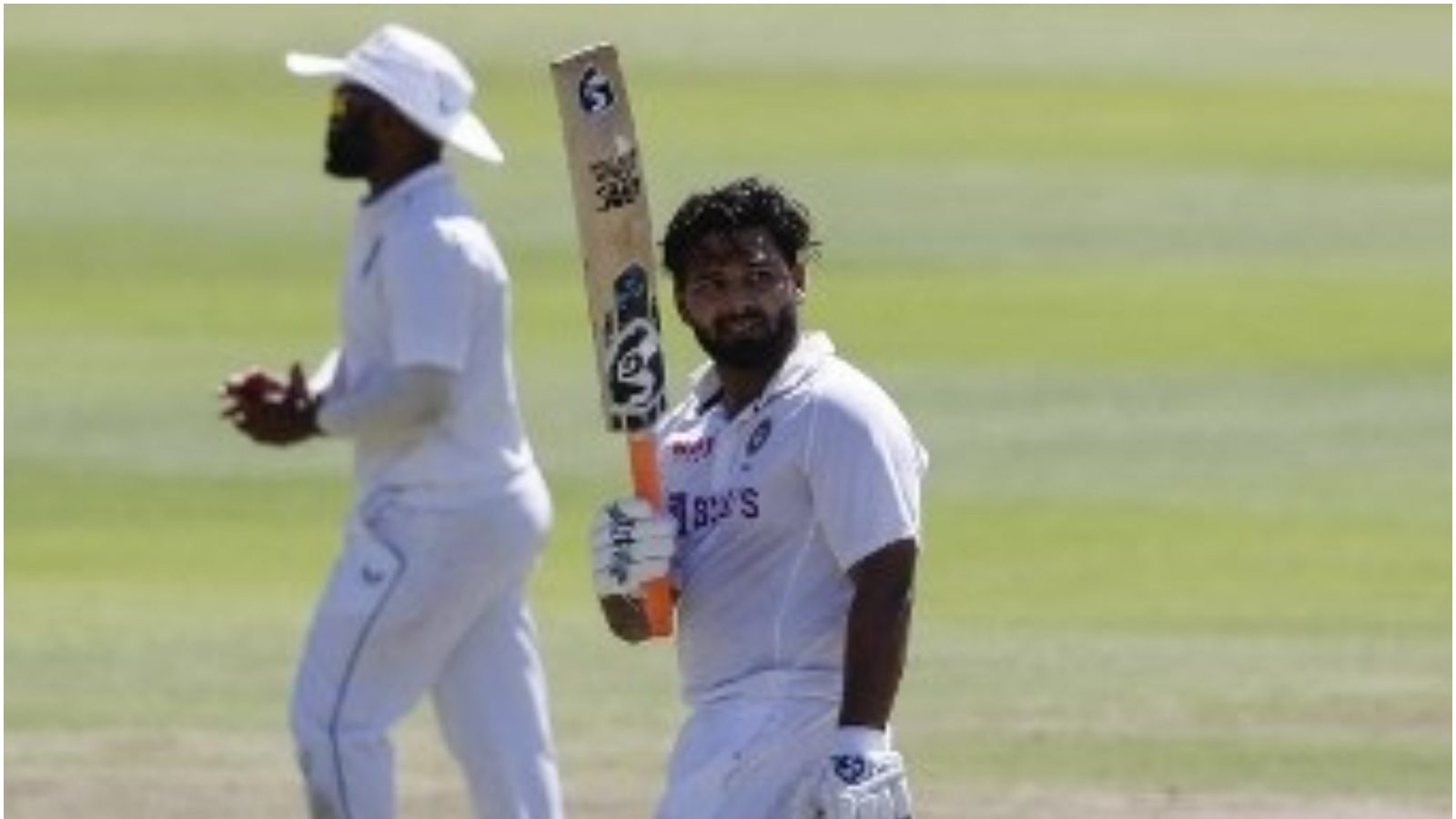 New Delhi. India’s wicket-keeper batsman Rishabh Pant scored a brilliant century in India’s second innings on the third day of the third Test against South Africa in Cape Town. It was a distinctive innings of Rishabh Pant’s style. He counter-attacked against the bowling of South Africa. Pant came to the crease after India’s four wickets fell. First, he joined the 94-run partnership with captain Virat Kohli, which took India out of a difficult situation. He is getting a lot of congratulations on social media for this brilliant innings of Rishabh Pant.

Within the start of play on the third day of the match, India lost the wickets of Cheteshwar Pujara and Ajinkya Rahane. After this Pant came to the crease and he took some time to settle down. He kept good technique and patience to avoid the opening blasts of the South African fast bowlers before playing the shot in his own style, which was commendable. Rishabh Pant then started to drive the ball across the boundary, while Kohli continued the game comfortably at the other end. Once Kohli got out and then Indian wickets started falling, Pant knew he had to score important runs for his team.

He did exactly that and took India’s lead past 200 runs as he reached his fourth century in Test cricket. Pant hit six fours and four sixes and reached the figures of three. Rishabh Pant has shut down critics with this innings after he was severely criticized for playing a hasty shot to get out during India’s second innings in the second Test in Johannesburg. Along with cricket veterans, fans are also praising him fiercely on social media. 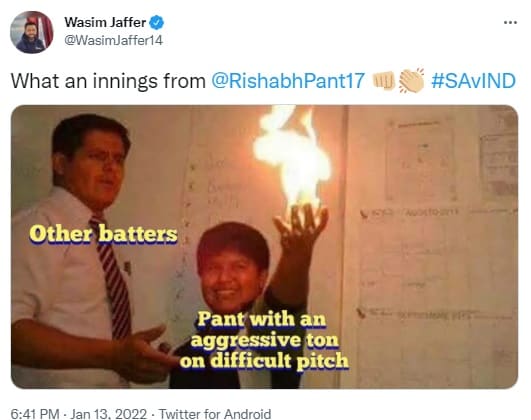 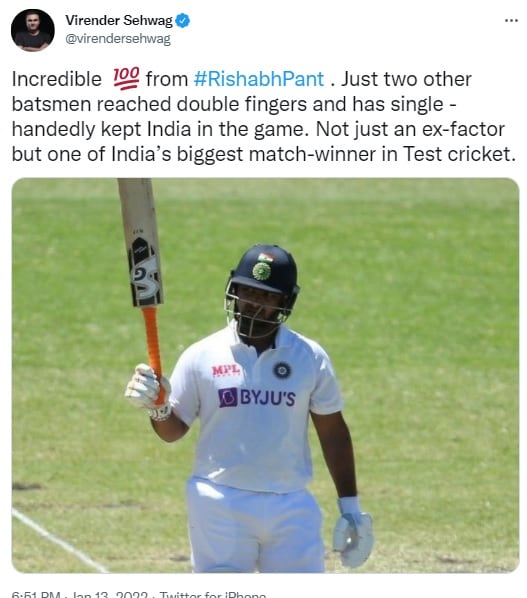 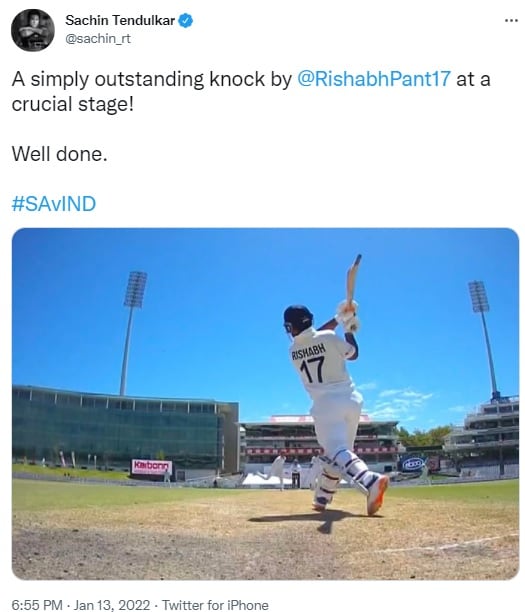 Before the start of the third Test, captain Virat Kohli had supported the youngster. Pant eventually remained unbeaten on 100. India were bowled out for 198 in the second innings. South Africa got a target of 212 runs to win the Test and the series. Rishabh Pant also achieved some special places in this century innings.