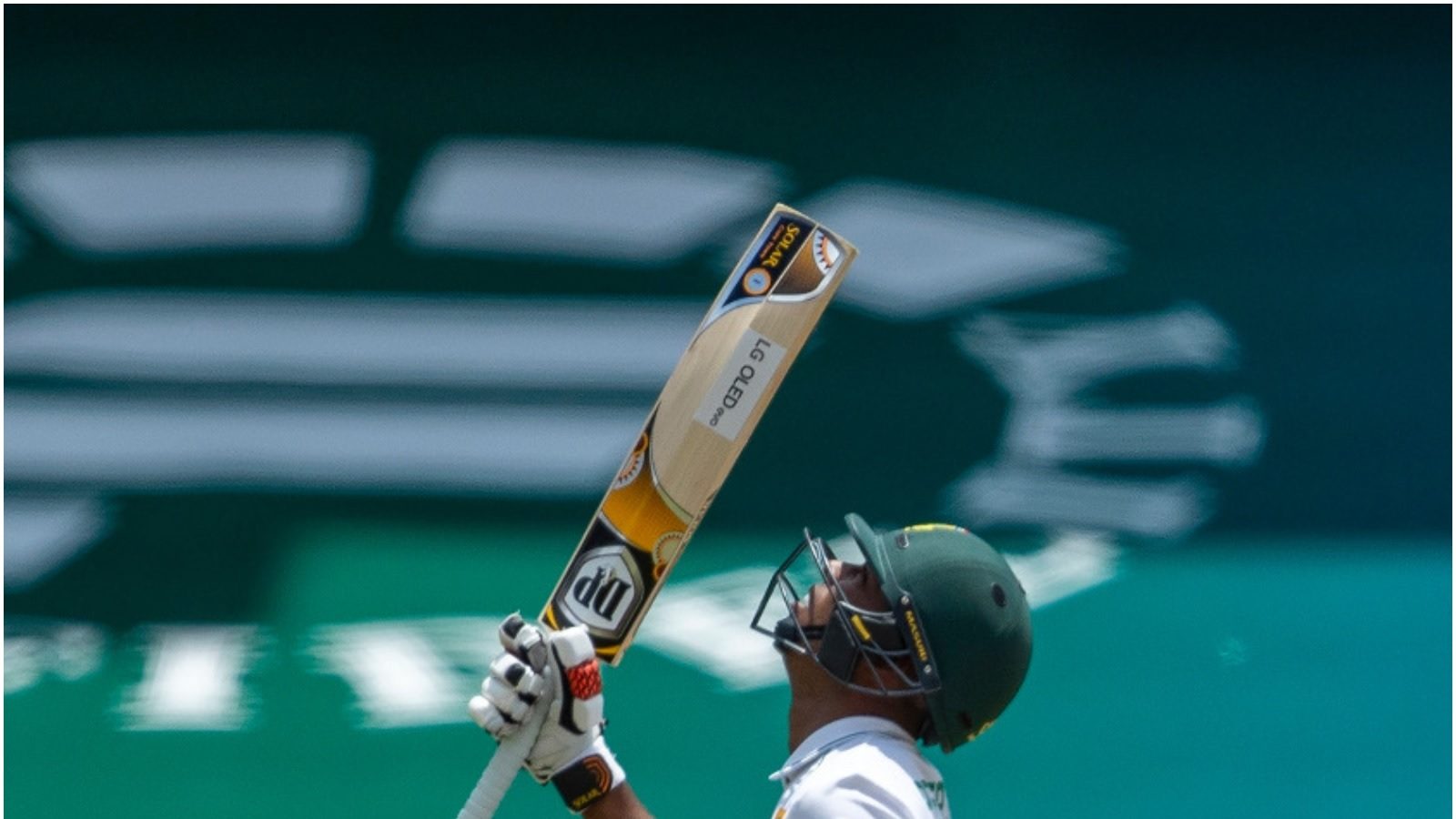 Cape Town. Despite Rishabh Pant’s unbeaten century, India kept their hopes alive in the third and deciding Test cricket match by taking the precious last-minute wicket of Dean Elgar on the third day of the third day here on Thursday. . South Africa scored 101 for two by the end of the third day’s play and are now 111 runs behind the target. The Indian team, which scored 223 runs in its first innings, could only manage 198 runs in the second innings. South Africa had scored 210 runs in the first innings. The three-match series is currently tied at 1-1.

India will now try to dominate the morning session on the fourth day by taking quick wickets, but will face the biggest obstacle in the form of Keegan Pietersen. Who batted fluently after setting foot on the crease. He is currently playing on 48 runs. He shared a 78-run partnership with Elgar (30) for the second wicket.

Rishabh Pant scored an unbeaten century
Earlier, Rishabh Pant scored an unbeaten 100 off 139 balls, which included six fours and four sixes. He added 94 runs for the fifth wicket with Virat Kohli (29 runs off 143 balls), in which the Indian captain contributed 15 runs. This is India’s lowest score in Test matches, which includes a century. For South Africa, Marco Yansen (4 for 36), Kagiso Rabada (3 for 53) and Lungi Ngidi (3 for 21) were successful bowlers.

Pant tricked Keshav Maharaj and Duane Olivier
Rishabh Pant stepped into the cree when India were struggling at 58 for four. After this, Pant took the entire responsibility of scoring runs. Pant, who was targeted by critics for playing bad shots in the second Test, respected good deliveries but did not spare bad deliveries. Pant has batted carelessly in this innings, not careless. Three sixes off left-arm spinner Keshav Maharaj and sixes and fours off successive deliveries from Duane Olivier showed Pant’s positive play.

Elgar and Pietsen took over South Africa’s innings
The Indians tried their best to put pressure on the batsmen, but Elgar and Pietersen batted with ease. Elgar looked clean lbw off Ravichandran Ashwin, but replays showed the ball was coming over the stumps. Jasprit Bumrah got Elgar caught by Pant in the last over of the day, for which India had to resort to DRS.

India lost two wickets in 10 minutes on the third day
Earlier in the morning, India started playing at 57 for two, but they lost the wickets of Cheteshwar Pujara (nine) and Ajinkya Rahane (one) within 10 minutes. After this, Kohli did not let India get any further setback in the first session with Pant by creating a model of restraint and perseverance. However, Kohli could not maintain his concentration in the second session and eventually lost his wicket after playing a loose shot. Ngidi’s ball was going too far outside off-stump but Kohli tried to drive it and at second slip, Markram very well converted it into a catch. Kohli added 15 runs to his yesterday’s score today.

Rishabh Pant gets two life donations
In such a situation, Rishabh Pant kept more strikes with him and in the meantime he also got two lives. When Shami (zero) was also dismissed, Pant completed his fourth Test century by taking a run off Yansen. He is the first Indian wicketkeeper to score a century in South Africa. After completing his hundred, Bumrah (two) returned to the pavilion as the last wicket. While Pant silenced the critics, Rahane and Pujara failed again. Pujara tried to play Yansen’s rising ball in the leg side but Keegan Pietersen caught it beautifully at leg slip. After this, Rabada’s rising ball kissed Rahane’s gloves and hit wicketkeeper Kyle Wren’s gloves and jumped in the air and Dean Elgar completed the rest of the work.