Husband-wife and dispute: Woman sitting with child outside in-laws house in cold, bidding – not getting entry in the house 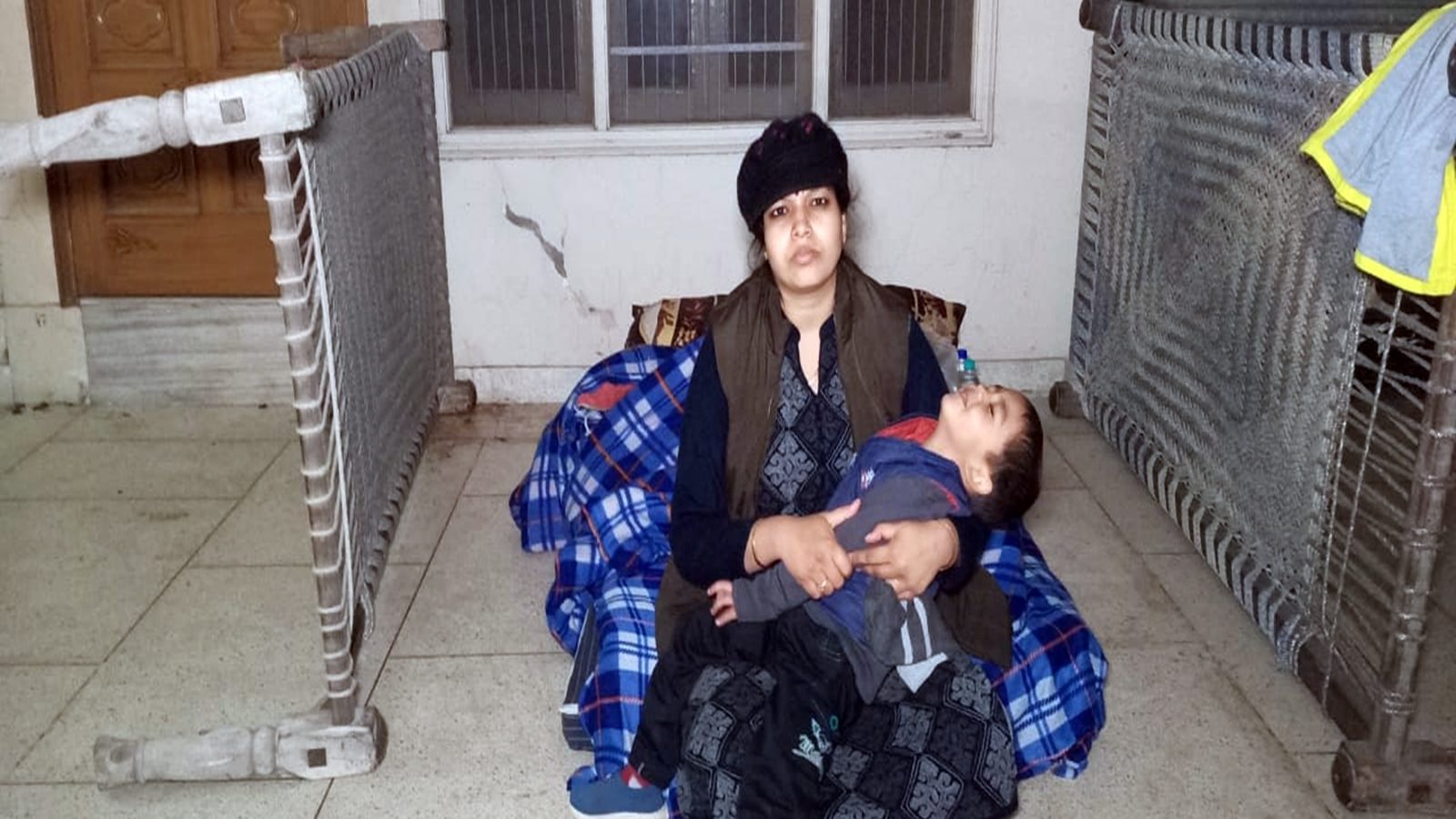 Karnal, Amidst the ongoing dispute between husband and wife in Gharaunda of Karnal, the woman sat outside her husband’s house with her three-year-old son in the harsh winter. The woman alleges that her in-laws are not allowing her to enter the house. The in-laws have accused the woman of trying to kill her own child. The woman’s husband has applied for divorce in the court. The police reached the spot and tried to convince the woman. Despite this, the woman remained adamant on her demand. Wife says that my in-laws torture and say that this child also belongs to someone else.

According to the information, Surbhi, a resident of Ganaur, was married about five years ago with Abhinav, a resident of Gharaunda New Anaj Mandi. Surbhi alleges that her husband used to invest money in the share market and he incurred a loss of about 60 lakh rupees. His jewelry and other properties were also sold secretly. Not only this, he started demanding money to meet his losses. Panchayats were also held regarding this but no solution was found.

The woman has told that she has lodged a case of dowry harassment against her in-laws in Ganaur. In this context, there was a panchayat in Ganaur police station itself, but no one reached from the in-laws’ side. When she came to her in-laws’ house after packing her belongings, her husband and in-laws ran away from the house by locking the door of the house and she was not allowed to enter the house. Surbhi’s in-laws have denied the allegations of her daughter-in-law.

Husband Abhinav says that he is from a resourceful family and he did not harass Surbhi for any kind of dowry. Due to the deteriorating health of his father-in-law, he himself had spent about nine lakh rupees on the treatment. Abhinav says that Panchayat was to be held in Ganaur, but his middleman is ill, so Sunday’s time was given for Panchayat. Apart from this, he has filed a case for divorce in the Honorable Court, which is under consideration. At the same time, it was also alleged that before and after marriage, relations with someone else were made many times, about which it has hidden.

what does the police say

SHO Deepak Kumar said that the matter of dispute between husband and wife has come to the notice. The woman has given a complaint against her in-laws’ side in Ganaur itself. Woman Surbhi wants to stay at her in-laws’ house, but the house is locked. The woman is being explained that she should not sit with the child like this, but she is firm on her demand. Police is also trying to explain. At present, the woman is sitting with her 3-year-old child in the Gharaunda grain market, where her in-laws are.

from your city (Karnal)

Husband-wife and dispute: Woman sitting with child outside in-laws house in cold, bidding – not getting entry in the house