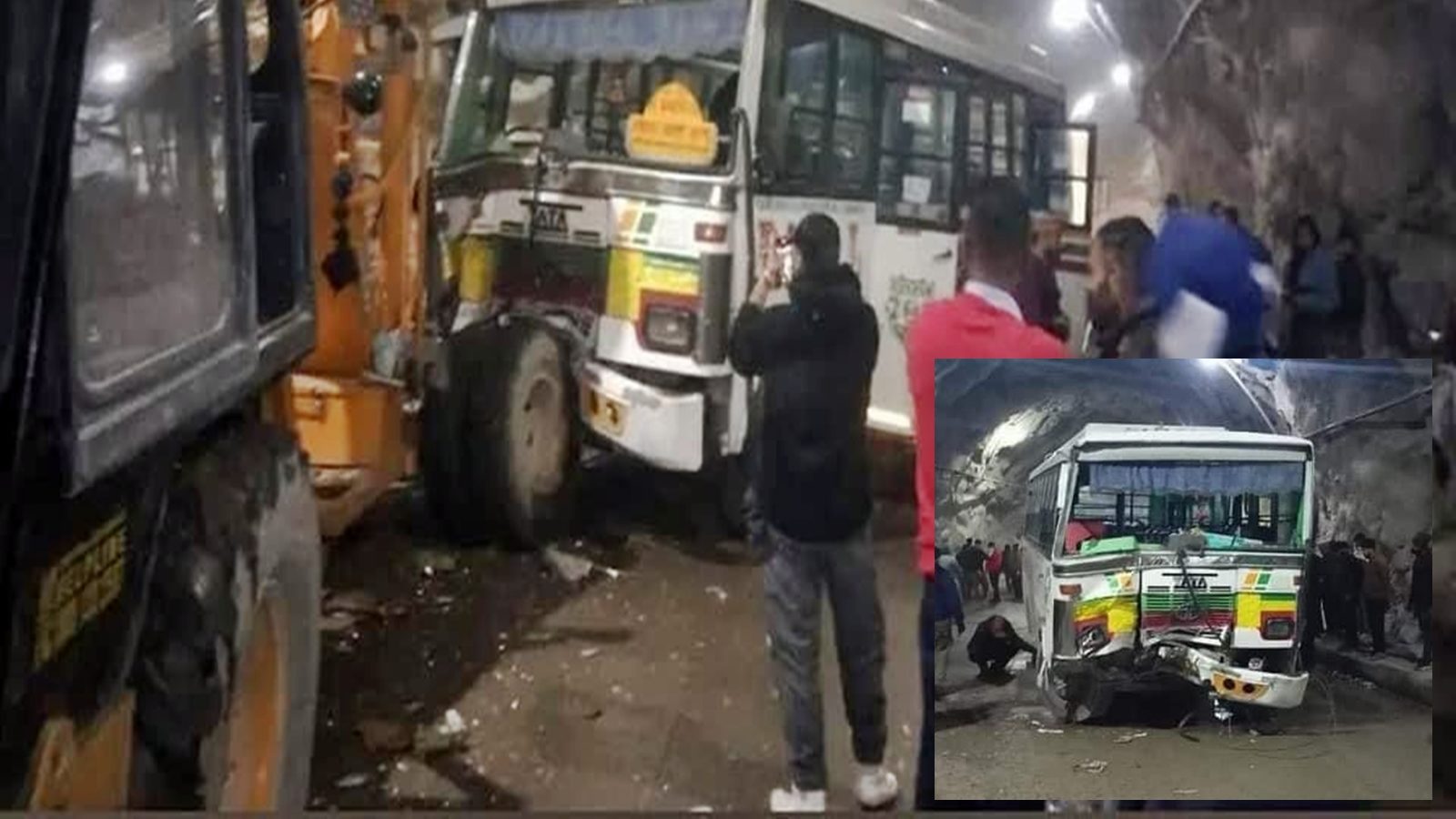 Kullu. Mandi and Kullu of Himachal Pradesh (Kullu) 9 people were seriously injured due to a fierce collision between a private bus and a Hydra machine inside the out traffic tunnel built on Chandigarh-Manali National Highway-3 on the border of the district. After the collision of high speed bus and Hydra inside the tunnel, 5 to 6 vehicles collided with each other, due to which 9 people in the bus were seriously injured.

The seriously injured were taken to the CHC Nagwai through private vehicles and 108 ambulances, where after first aid, all the injured were referred to the regional hospital Kullu.

from your city (Kullu)