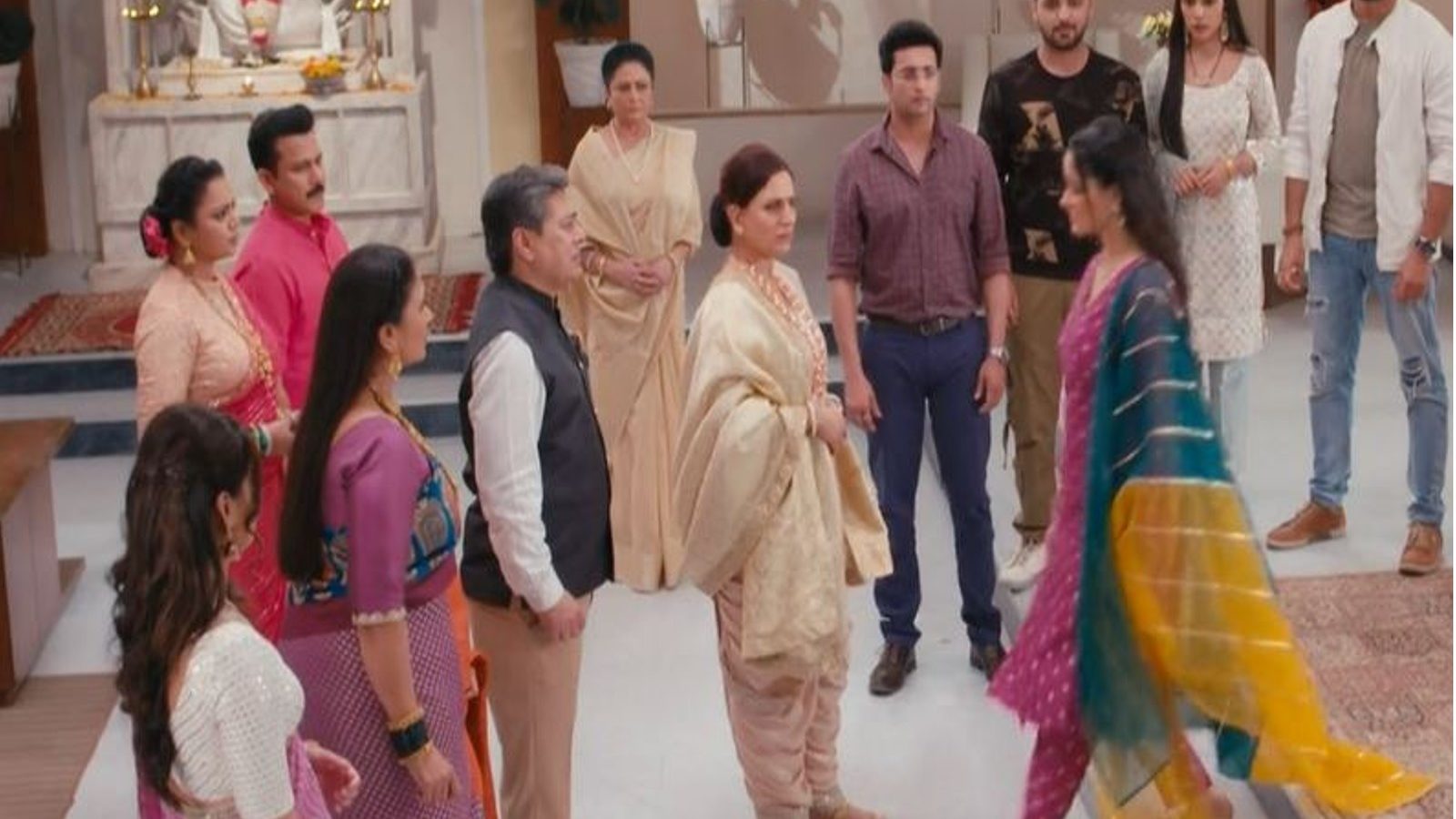 ‘Gum Hai Kisikey Pyaar Mein 11th Jan written update’ was shown on Tuesday, January 11, as Bhavani slams Sai for her decision to shift her to the hostel and accuses her of defaming the family. Is. Ninad says that Sai is his daughter and they will ask Virat to leave the house but Sai will not go anywhere. At the same time, Omkar tells Sonali that this house feels like a circus to her.

It is shown in ‘Gum Hai Kisi Ke Pyaar Mein’ that Sai tells Ninad that she should respect Shruti as she is very special to Virat. Bhavani shouts at Sai for her stupid things but Sai says that it is clear from the letter that their relationship is just a compromise. She insists on making Shruti the daughter-in-law of the house. Sai says it is not Shruti’s fault in all this. Virat has given it that place. Sonali taunts Sai and says that Sai has crossed the limit of greatness as she is in a hurry to leave her husband.

The emperor present there says how Sai can praise Shruti. Sai says that it is not Shruti’s fault in the whole matter. Virat has given him a special place. Mohit says that he has told the truth to everyone, so he is responsible for whatever is happening in the house. Soon Virat also reaches there and Ninad asks him if he will stay with Shruti. Virat says that he should be ashamed before speaking. Patralekha and Samrat ask Virat why did he not stop him from packing the Sai bag.

Sai says that Virat tried to stop her with his empty words but did not answer her questions. Ashwini tells Virat that if he feels that he will bring Shruti in the house instead of Sai, it will never happen. Bhavani shouts fiercely at Virat.

Bhavani says that her parents gave her freedom but she is dancing to Shruti’s tune. Patralekha asks Virat why he chose Shruti over Sai. Virat warns everyone that no one should compare Sai and Shruti and also they should not do cheap gossip about Shruti. Ashwini says that it is very strange that the whole family is rebelling for a girl they met few days back. She asks Virat to leave the house.