Dharmendra was impressed with Ranveer Singh in ‘Bajirao Mastani’, had said this about the actor 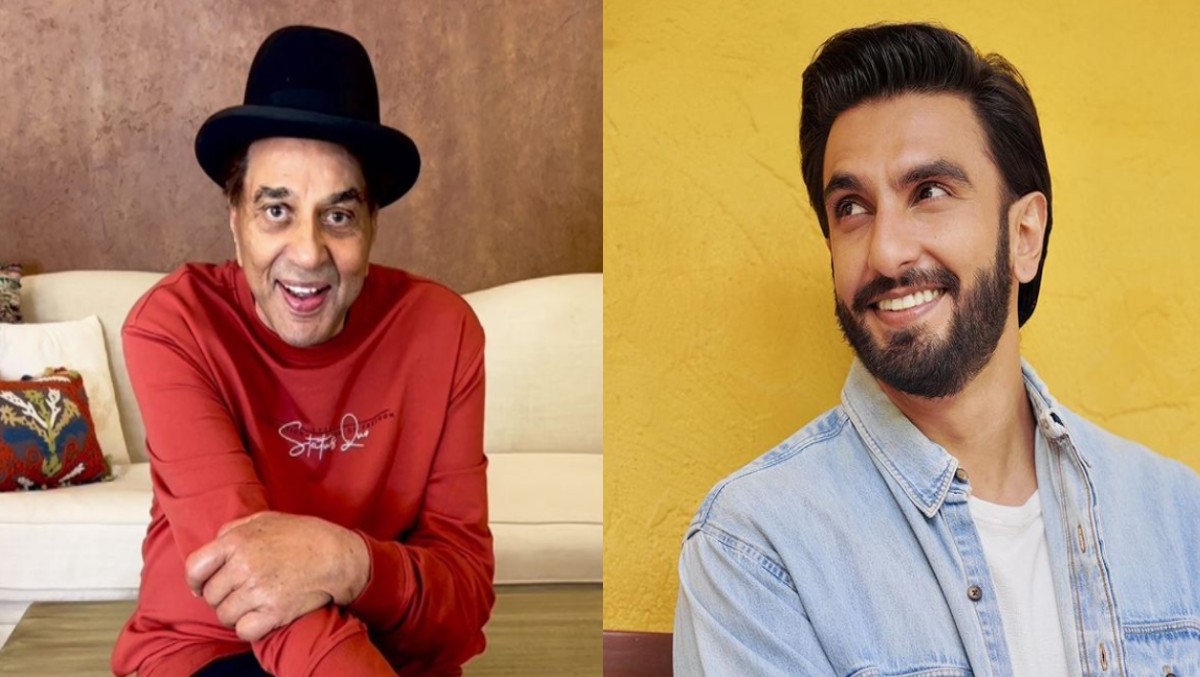 Dharmendra had praised Ranveer Singh for the film ‘Bajirao’ and said, “I salute that boy.”

Dharmendra’s name is also included in the big famous stars of Bollywood. He was a great artist of his time. Girls used to love him. Even today, he is very much liked in films. He is also very active on social media. Actors keep posting something or the other on their Instagram every day. On which the comments of his fans start raining.

Let us tell you that Dharmendra started his career in the 60s. After a long struggle, he started ruling the hearts of the audience. He is very emotional and has often been seen getting emotional during interviews. He is seen very devoted towards his family and close friends.

Hailing from a small village in Punjab, Dharmendra earned a big name. He never shied away from praising the work of any other actor. Of course, he himself does less films now, but always sees the films of new artists and admires their work.

Salute to Ranveer Singh’s acting: In an interview, Dharmendra talked about Ranveer Singh’s acting. He said that Ranveer has done a tremendous job in the film ‘Bajirao Mastani’, but no one talks about it. The actor further said, “I salute that boy”. Along with this, he also praised other characters of the film. Dharmendra told that there was a time when he and Hema Malini were going to do Bajirao Mastani, but due to some reason the film could not be made.

Dharmendra was a big fan of Dilip Kumar: Dharmendra had told in an interview that there was a time when he used to do a job. He used to travel by bicycle at that time. Even at that time he wanted to become an artist. He used to imagine himself in film posters on the streets. He used to dream with open eyes throughout the night. Waking up in the morning, looking in the mirror, he used to ask himself whether he could become Dilip Kumar?

Had reached Dilip Kumar’s bedroom to meet him: Actor Dharmendra came to Mumbai to fight with his family. When he could not find work, he decided to return home. But how could he return without meeting the one whose biggest fan he was. He decided to meet Dilip Kumar and reached his house. Dharmendra looked no less than an artist, so the security also allowed him inside. After reaching inside the house, Dharmendra went straight to Dilip Sahab’s room. What was then, Dilip sahib was sleepy and woke up to the sound of the door opening. Not only this, due to poor sleep, he shouted loudly at Dharmendra. This anecdote was narrated by actor Dharmendra himself in an interview.

Dharmendra was impressed with Ranveer Singh in ‘Bajirao Mastani’, had said this about the actor